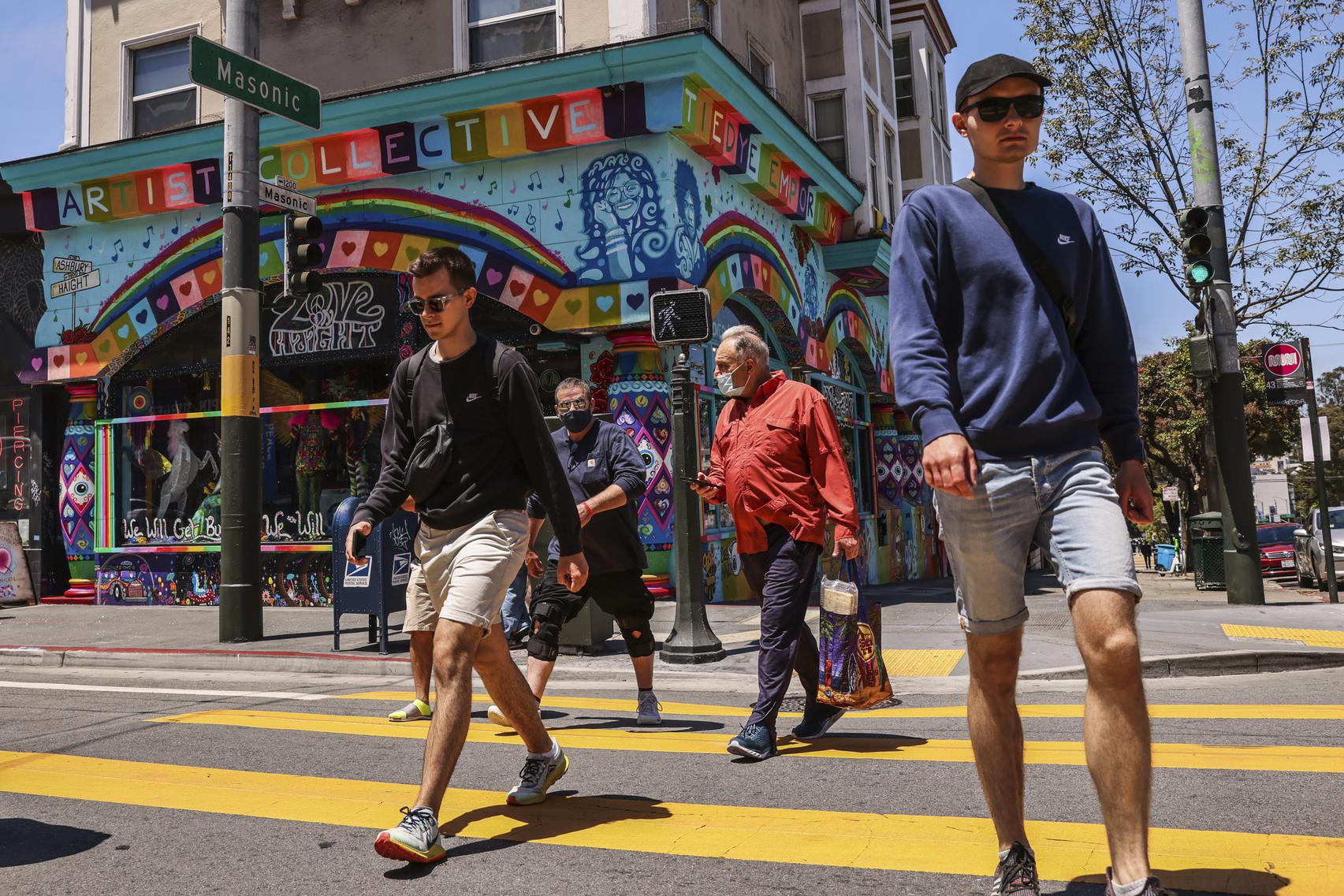 When Sarah McGhie opened the door to her classic Victorian home on Masonic Avenue, the reason she’s labeled a “superhost” on Airbnb immediately became apparent. As her Australian Shepherd Boo trotted beside her, she wasted no time in offering a glass of water from her immaculately renovated kitchen, which overlooks a manicured courtyard; there, a separate entrance leads to the ground floor “garden retreat” which she rents for around $200 a night. The unit was occupied by a guest, one of the at least 404 who have remained with McGhie since 2015.

McGhie rents out her house to help pay her property taxes, but “it’s not passive income,” she said. “People in the early days of Airbnb remember it was all about feeling like a local when you travel, and they really wanted the host interaction.” These days, some customers would prefer to be left alone, but many don’t; “I don’t think it would work if you were an introvert who didn’t like people.”

McGhie’s home sits in the middle of Haight-Ashbury, the leafy neighborhood filled with murals and tie-dye that helped usher in the hippie movement and put San Francisco on America’s cultural map. With the exception of downtown, its part of Haight-Ashbury has more short-term active Airbnb listings than any other area of ​​the city, according to data collected by an advocacy group Inside Airbnb and analyzed by The Chronicle. The data showed there were 56 listings in less than half a square mile.

To identify Haight as Airbnb’s best residential area, The Chronicle used data from Inside Airbnb’s listings. and methodology to determine if each ad was “active” – ​​i.e. had an estimated occupancy rate of 25% or more – and if it was short-term, i.e. it had a minimum stay of less than 30 days. We then used the latitude and longitude coordinates of the listings to divide the city into over 140 square regions to find those with the greatest concentrations of short-term active listings.

Of San Francisco’s 6,444 Airbnb listings as of June 3, 3,246 are for “short-term” rentals. About 6 in 10 of these short-term rentals were “active”. While many of these listings are clustered downtown, there are also a number of less densely populated, residential neighborhoods with a large number of Airbnbs. In addition to Haight-Ashbury, Castro and Dolores Heights also had unusually high Airbnb focus levels. Some residents say the presence of so many short-term tenants has influenced the character and quality of life in their neighborhood.

One Friday morning, three Haight locals – Dennis Hunt, Dan Langton and Patrick Kennedy – met at 1428 Haight Cafe, as they have done for years. Each of the elderly gentlemen has lived in the neighborhood for 16 years or more; Langton, a Beat poethas been in the area since the 1950s, when he bought a house across from Golden Gate Park for $12,000, where he still lives.

The other two, Hunt and Kennedy, have Airbnb hosts in neighboring homes, but their experiences have become polarized. While Hunt said the occasional guest in a unit of his multi-family apartment didn’t bother him, Kennedy said a nearby Victorian had been turned into a full-time Airbnb capable of housing more than a dozen people. people at a time. (The area has only a few traditional hotels; most of the city’s hotels are located downtown.)

“A couple, whatever, is fine,” Kennedy said. “When next door you have 16 people living in a Victorian house, it’s like…” he trailed off.

The rise of Airbnbs, coupled with other forms of tourism and the commercial tastes of tech workers, has stained the neighborhood’s character, Kennedy added. “People come here expecting it to be eclectic and it’s not,” he said.

While Airbnb’s presence in the Haight frustrates longtime residents like Kennedy, it’s not for lack of consideration on the part of the city. In 2015, responding to concerns that Airbnb was consuming large swathes of the long-term rental market by making it easier for landlords to convert their units into full-time hotels, the city has adopted a series of regulations on potential tenants of short-term rental properties.

Mayor London Breed was District Supervisor and then Chairman of the Board at the time, and his role in the the regulatory process was mixed: She introduced legislation in 2016 that would have capped all short-term rentals at 60 days a year, but Mayor Ed Lee vetoed it; before that, she had voted against other Airbnb regulations, including a proposal to block illegal listings.

Under current law, residents with short-term rentals who live in the unit they are Airbnbing can rent it for an unlimited number of days. But their number of “unstayed” days — meaning the number of days they can rent out their property while they’re not staying there — is capped at 90 days per year. Potential short-term tenants also need a business license and a short term rental registration certificate.

The regulations seem to be working, for the most part. After their launch, Airbnb removed thousands of listings from its website, and most listings in 2022 appear to comply with city rules.

Diego Sanchez, Town Hall Manager Short Term Rentals Office, said his department has approved about 1,550 applications for short-term rental certificates and received an additional 630 applications, which remain open. According to data from Inside Airbnb, there are 1,803 unique host IDs linked to short-term listings in the city. This could mean that around 250 unlicensed short-term hosts are still in operation, but it could be that most or all of them have already submitted applications, in which case the office is unlikely to impose a penalty on them. fines or enforces regulations, according to Sanchez.

McGhie is a typical operator above the board, with a license and a unit that meets the criteria for a short-term rental. She doesn’t think the regulations are unduly restrictive — she actually helped inform them by attending supervisory board meetings in the mid-2010s — though she thinks they’re part of the reason the Haight is such a busy Airbnb neighborhood.

This is because the Haight has a high concentration of Edwardian and Victorian style houses, most of which are built with separate courtyard entrances.

“In my case, there’s no kitchen there, it’s not a rental unit. So Airbnb is a great way for me to have some extra income and not have to set up a kitchen, because most people who come to San Francisco for three nights don’t really feel like cooking,” McGhie said. .

Other factors influencing Haight’s popularity as an Airbnb destination, McGhie said, are its centralized location — it’s close to other popular neighborhoods like Hayes Valley and the Castro, as well as Golden Gate Park — and its Slightly reduced cost compared to even more expensive areas like Russian Hill. (Its cultural history may not be as impactful, surprisingly: McGhie said relatively few of his guests knew much about the neighborhood’s role in the hippie movement.)

But while McGhie doesn’t find the regulations bothersome, other hosts in the neighborhood disagree — like Michael Lorton, who co-owns and runs an Airbnb with fellow host Young Choi on the ground floor of their home. of Haight Ashbury.

“Essentially every landlord (in San Francisco) with a long-term rental would flee to a short-term rental if they could,” he said.

But when landlords attempted to convert their rentals to short-term rentals, the city blocked their efforts. The result, Lorton said, has been an overall reduction in the number of rentals available — both short-term and long-term — that drives up prices for both types of housing.

Susie Neilson (her) is a staff writer for the San Francisco Chronicle. Email: [email protected]