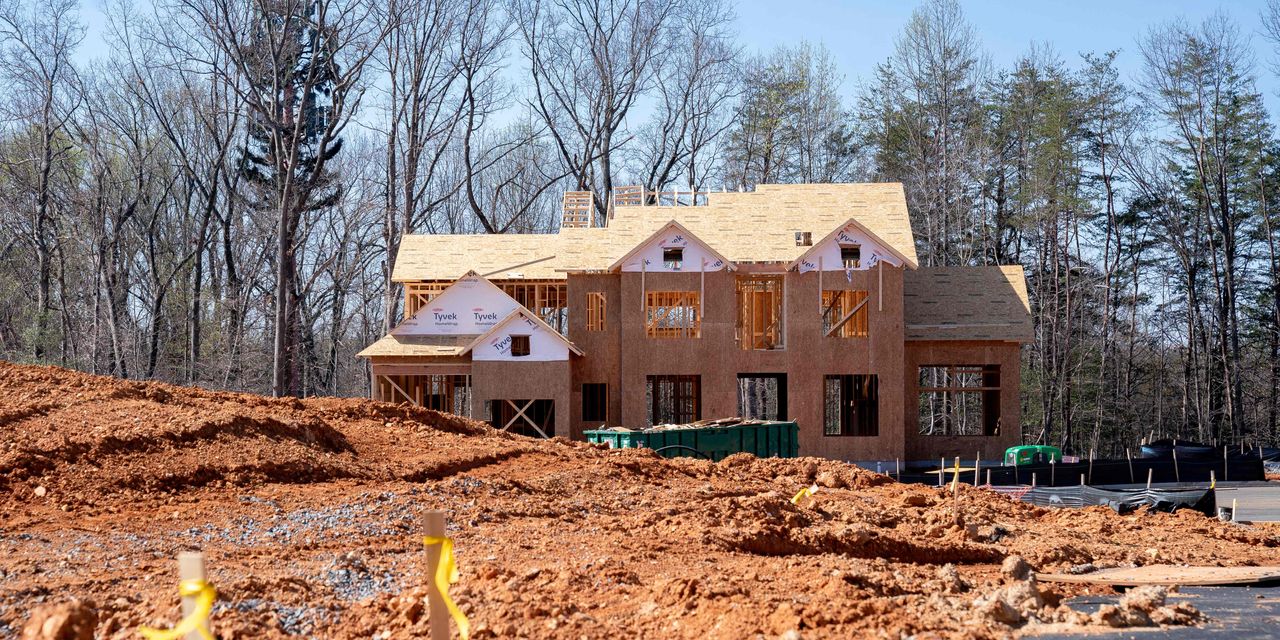 
New home construction gauges showed signs of a slowing housing market, according to preliminary data released Wednesday, but not all parts of the market appear to have collapsed.

Despite the month-over-month declines, both metrics were higher than a year ago. Housing starts rose 14.6% from the same month in 2021, while permits rose 3.1% year-over-year.

Investors and economists are watching the government’s metrics of housing starts – the start of new home construction – and building permits – a gauge of approvals granted for building new homes – for signs of strength or weakness. weak housing market.

Overall, housing starts were “resilient surprisingly well in the face of significantly higher mortgage rates,” Jefferies economists Aneta Markowska and Thomas Simons wrote in a Wednesday note, but that strength was not evenly distributed among the types of accommodation. “Multifamily construction has taken off just as demand for single-family homes is beginning to crack,” the economists wrote.

Every night of the week, we highlight important market news of the day and explain what’s likely to matter tomorrow.

The release follows a weaker-than-expected builder confidence gauge released on Tuesday. The National Association of Home Builders‘ Housing Market Index, which gauges builders’ views on the market for new single-family homes, fell eight points in May to its lowest level since June 2020.

“Today’s housing starts report is further evidence that the single-family home market is slowing,” Robert Dietz, chief economist for the trade group, said in a statement on Wednesday. He said he expects single-family home starts to be flat in 2022 and fall in 2023 due to rising mortgage rates and construction costs.