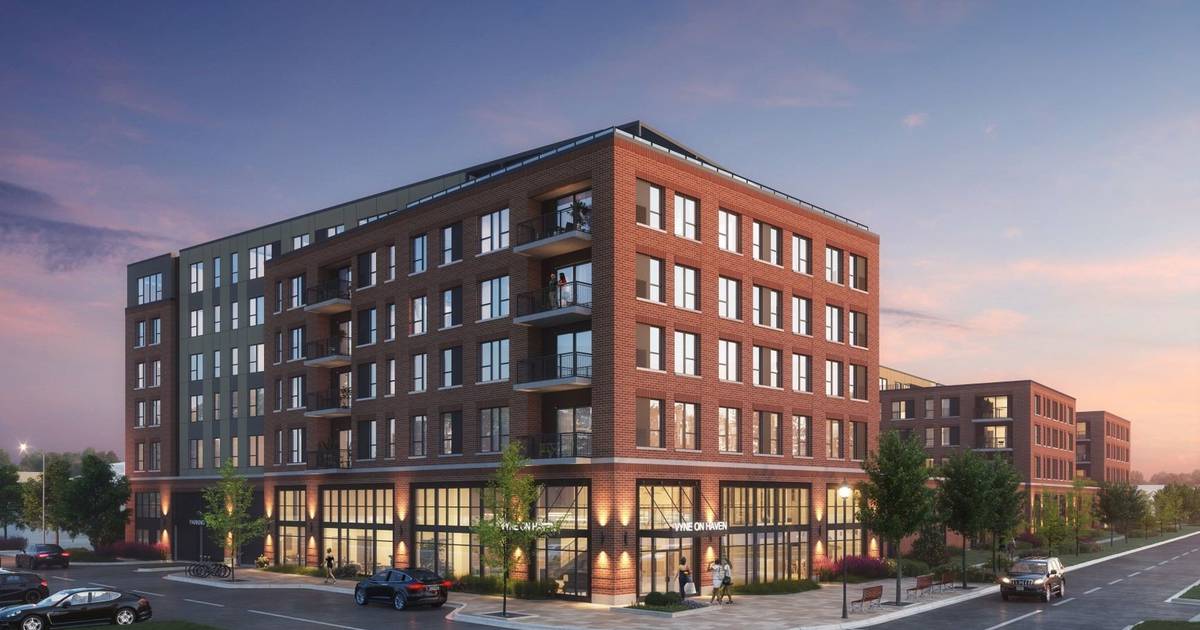 Construction has begun on Vyne on Haven, Elmhurst’s newest rental apartment project, a 200-unit block in a mix of six-, five- and four-storey sections stretching from the northwest corner of First Street and Haven Road north along Haven almost to Schiller Street.

Toby Veit, vice president of real estate development for Ryan Companies, the Minneapolis-based developer of the project, told Pioneer Press that he expects the transit-oriented development just north of the Metra tracks at 102-138 N. Haven Rd., to be complete and ready for rental in the first quarter of 2024.

Vyne on Haven will consist of 40 studio apartments, 103 one-bedroom units, some with dens, 48 ​​two-bedroom units and nine three-bedroom units. Veit said rental rates were yet to be set, but he expected rents to be comparable to two other major projects in Elmhurst, The Fynn and The Marke of Elmhurst. Both are on Addison Avenue north of First Street. According to their websites, monthly rents in these projects range from around $1,500 for studio apartments to nearly $6,000 for a three-bedroom, two-bathroom unit at The Fynn.

Veit expects the project to attract a wide range of tenants, “from fresh graduates to empty nests and beyond,” he said.

Elmhurst Mayor Scott Levin acknowledged that the height and massing of the building were concerns for some members of the community, particularly neighbors living across from the project on the east side of Haven. In a phone conversation with Pioneer Press, Levin noted that commercial or retail use of the site would not have appealed to neighbors.

He said the developer had made design changes to provide drop-offs from the project’s six-story west side to a five-story atrium and entrance at the corner of First and Haven. The developer also agreed to move the pool area from the west side of the building to a lower level section on the east side and included another amenity terrace to the north of the pool area to provide further reduction as well as to break the four-storey facade on the east side of the structure into smaller sections.

Levin also pointed out that unlike the Fynn and Marke projects, the new project does not involve any financial contribution from the city. A city-owned surface parking lot on Haven as part of the project was sold at fair market value, Levin said. Deputy city manager Mike Kopp confirmed that the city is not investing money in the project, either in tax increase funding or for infrastructure improvements.

Both Levin and Veit said the developer has worked to engage with the community about project height, mass, and even material selections.

“We really appreciate all of the contributions we’ve received from the community, city staff and city officials,” Veit said. “We had a lot of people weigh in on the project. I believe it’s a better project because of that.

Levin said Vyne on Haven would be an advantage for Elmhurst.

“This new growth brings people to keep our downtown vibrant,” Levin said. “Our own independent studies show there is capacity (for more rental units). I believe it will increase property values, improve the neighborhood.

Graydon Megan is a freelance journalist for Pioneer Press.