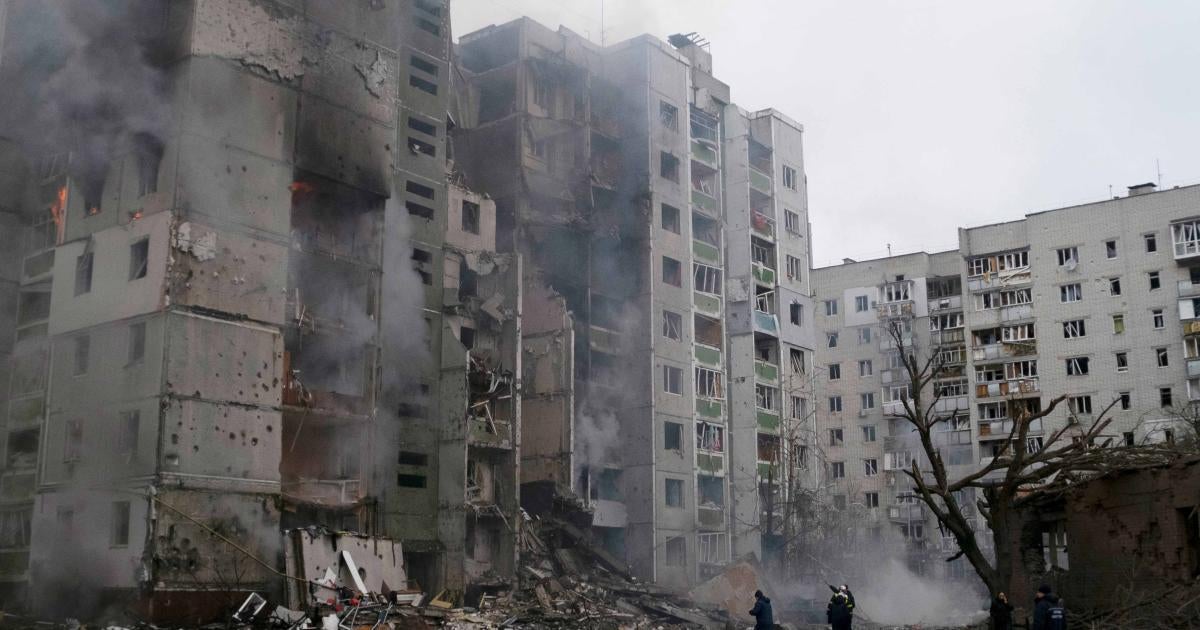 The attack, around 12:15 p.m. local time, killed at least 47 people, according to local authorities and injured many others. It caused significant damage to a high-rise apartment building, a hospital, and several other residential and commercial buildings, one of which contained a pharmacy. Windows have been blown out in most of the buildings surrounding the intersection, and much of the ground is charred and covered in debris.

“Russian forces dropped bombs on a residential neighborhood in broad daylight, destroying homes, killing and injuring dozens, and terrifying residents,” said Ida Sawyer, crisis and conflict director at Human Rights Watch. “The International Criminal Court and other relevant authorities investigating potential crimes in this conflict should determine whether a war crime was committed in Chernihiv and send a clear signal that those responsible will be held accountable.

Although Human Rights Watch was unable to conclusively rule out the possibility of a military target in the area at the time, it found no evidence of such a large target at the intersection. or near it when it has been touched. This suggests that Russian forces violated their obligation under international humanitarian law to take all feasible precautions to avoid or minimize civilian casualties and damage, and indicates a potentially deliberate or reckless indiscriminate attack, to the extent where it does not appear to have been directed against a specific military target.

A 28-year-old video editor who lives on the 13th floor of the 17-story building that was hit, said he was watching the news with his girlfriend when they heard an air raid siren, the sound of a plane nearby and then an explosion. They ran down the hall, closed the apartment door and hid behind the wall. “Then there was a huge explosion,” he said. “Everything was covered in dust. We were afraid of a fire, so we started to descend. We saw doors blown off in all the apartments, and the apartments were completely destroyed; we could see the sky through them. They finally reached the basement of the building.

From his 13th-floor window, he said he had not seen any military vehicles or soldiers in the area before the attack or even in the days before. He said that to his knowledge, “there are no military objects in our neighborhood, and no strategic objects.” According to him, the bombardment was “to break our will”. Other witnesses also consistently stated that they were unaware of any military operations or military targets in the area. No one reported hearing a warning before the attack.

He said his building is the tallest in the neighborhood, with shops on the ground floor, including a popular meat market and a place that sells drinking water. It is a residential area, with several nearby hospital buildings as well as grocery stores and pharmacies.

Another witness said he was buying groceries and as he left the store he heard a “big boom”. Then “smoke came all around us,” he said.

A doctor at a nearby children’s hospital which was also damaged in the attack said he was in the basement when suddenly he saw people running from downstairs. “It was like a windstorm as the whole basement filled with dust,” he said. “Then there was an explosion. Several windows were blown out and there was a lot of vibration. We have explosions every day, but this one was very powerful.

Despite damage to hospital windows, the doctor said he and his colleagues were still able to treat 35 injured people who arrived less than an hour after the attack. The injured included men, women and children between the ages of 7 and 55. The doctor said he saw injuries consistent with primary, secondary and tertiary fragmentation injuries. A 9-year-old boy’s ankle was cut open and an 8-year-old girl was hit in the face with a fragment. Both were transferred to the trauma unit. An 11 or 12 year old boy was transferred to the intensive care unit due to metal shrapnel in his brain and skull damage. A man who died on arrival at the hospital had serious skull injuries.

The doctor said the hospital lacked basic medical supplies to treat the injured and lacked sufficient equipment to stem bleeding and other first aid, antibiotics, devices to repair bones after fractures and infusion equipment .

Another video, recorded on the morning of March 4, included an interview with a woman holding her 2-year-old son who was undergoing treatment for leukemia. “We are in the final stages of processing [chemotherapy], and we really need to complete the process in order to avoid the horrible idea of ​​relapse,” she told him. But because of repeated Russian attacks on Chernihiv, she said, it was impossible to continue treatment. “Above all, I want to be in a safe place and continue treatment. Leaving a busy city, more and more every day, every hour.

Footage from the hospital the day after the attack shows two men wearing Ukrainian military uniforms – one seriously injured, lying on a stretcher – and six others wearing yellow armbands who appear to be members of the Territorial Defense Forces citizen volunteers. It is not known if they were in the area at the time of the attack. However, even if some members of these forces were in the general vicinity of the attack, it is unlikely that this would militarily justify the attack as proportionate, given the scale of civilian casualties and injuries as well as damage. to civilian property, Human Rights Watch said.

Disproportionate attacks, intentional or reckless, are war crimes and each party to the conflict must do everything in its power to assess whether an attack is likely to cause, individually or in combination, this type of accidental civilian casualties, which would be excessive in relation to the concrete consequences and direct military advantage anticipated.

International humanitarian law, or the laws of war, prohibits attacks or the threat of attacks the primary purpose of which is to spread terror among the civilian population. Attacks on civilian objects that have no obvious military purpose could violate this prohibition.

The use of wide-area explosive weapons in populated areas heightens fears of unlawful, indiscriminate and disproportionate attacks. These weapons have a large kill radius, are inherently inaccurate, or deliver multiple rounds at once. This includes the use of unguided and unobserved large-caliber projectiles and aerial bombs, such as those used in the March 3 attack on Chernihiv. The use of these weapons should be avoided in populated areas.

The new International Criminal Court investigation into the events in Ukraine and the United Nations investigative committee should investigate the March 3 attack in Chernihiv, Human Rights Watch said.

“The aftermath of the attack that rocked Chernihiv on March 3 will be felt for some time, while residents also live under constant threat of further attacks,” Sawyer said. “The parties to the conflict must ensure that all residents of Chernihiv have access to the medical care they need and that civilians can leave the city safely.