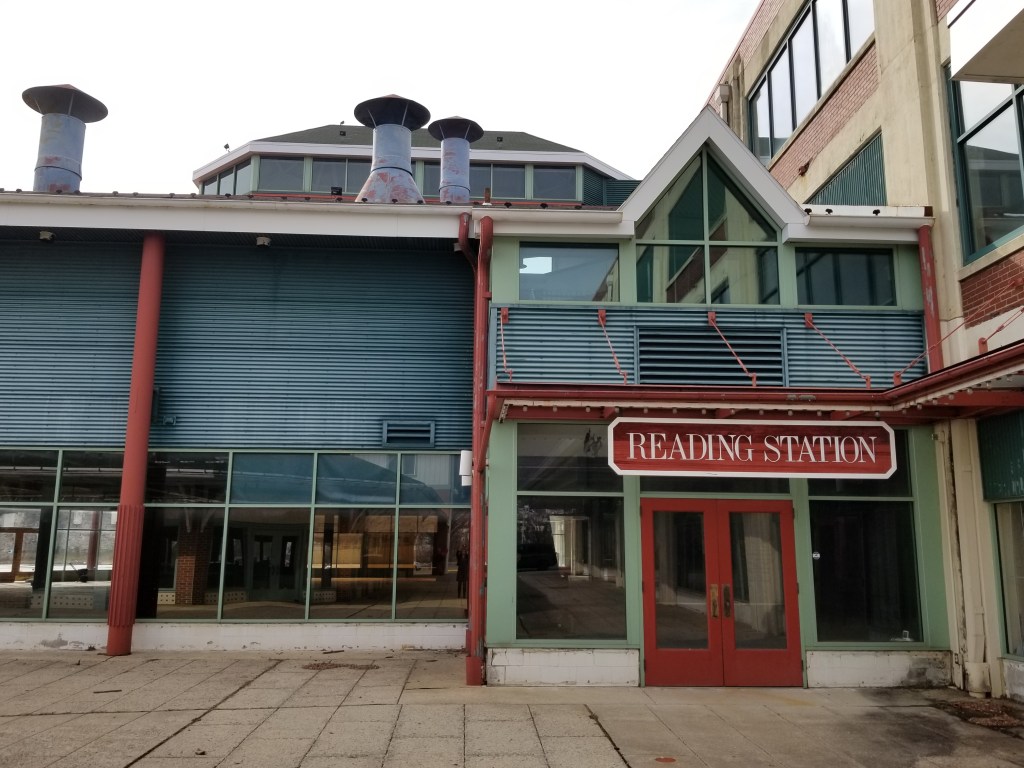 The old mall could become a self-service storage center

A former shopping center in Reading could become a self-service storage centre.

Douglass Development Corporation is seeking a waiver from the Reading Zoning Hearing Board for the required setbacks and subdivision of the former Reading Station Outlet Center.

The real estate development company founded by Douglass Jemal and based in Washington, D.C., is the parent company of Jemals Reading Station LLC, owner of the former mall at 600 Spring St.

The property is within the MC Manufacturing commercial zoning district.

The 20+ acre property is bounded by North Sixth, Oley and Spring streets, and Railroad Street, a private road.

Gardner said shrinkage variance is necessary to develop the property as proposed.

Douglass has no plans to sell any part of the property at this time, Gardner said.

“We are long-term landowners,” he said.

A Family Dollar store occupying a section of the building would be moved to another building on the premises, he said.

This building is already occupied by a discount grocery store, which would not be affected, he said.

Miller said a sketch showing the proposed subdivision has been submitted to the city’s planning commission and a comprehensive preliminary subdivision and land use plan is being prepared.

According to the plan, the property would be divided into parcels of approximately 2.50 acres and 18 acres.

The project, which included new construction, was anchored by an existing storage building that will become the self-storage facility.

Aimed at the high-end market, the mall failed to attract as many shoppers and stores as expected, and its developer was unable to repay $11.3 million on its $17 million mortgage .

In 1995, the Canadian Imperial Bank of Commerce took over the complex, and in 1996 the city council agreed to write off a $1.7 million loan from the city.

The mall changed hands several times, and in 2000 the site was sold for $2.3 million to Douglass.

In a separate case, Christopher Heiniman of Perrotto Builders appeared before the Zoning Hearing Board to seek reaffirmation of a special exception granted in 2020 and an appeal of the Zoning Officer’s February decision for 79 residential units in the former Berkshire Hotel building, 101 N. Fifth St.

The property, owned by Berkshire II Real Estate Holdings LLC, is in the CC Zoning District.

Heineman said plans originally called for 56 units on the fourth through eighth floors. The additional units were added by including the second and third floors in the plan and by reconfiguring the layout in some areas.

The second floor would also include some commercial rental units, while the first floor is to be reserved for commercial spaces only.

It is planned to house around 70 international students attending Alvernia University, but the project is not affiliated with Alvernia and units would be available to the general public.

Reading-based developer Alan Shuman objected to the additional units due to parking issues. Street parking is not available on the Walnut Street side of the building, and spaces in the Abraham Lincoln Garage, 112-120 N. Fifth St., are already reserved for Shuman tenants in Lincoln Apartments and others buildings, he said.

The Zoning Hearing Panel is expected to render a decision on April 13.