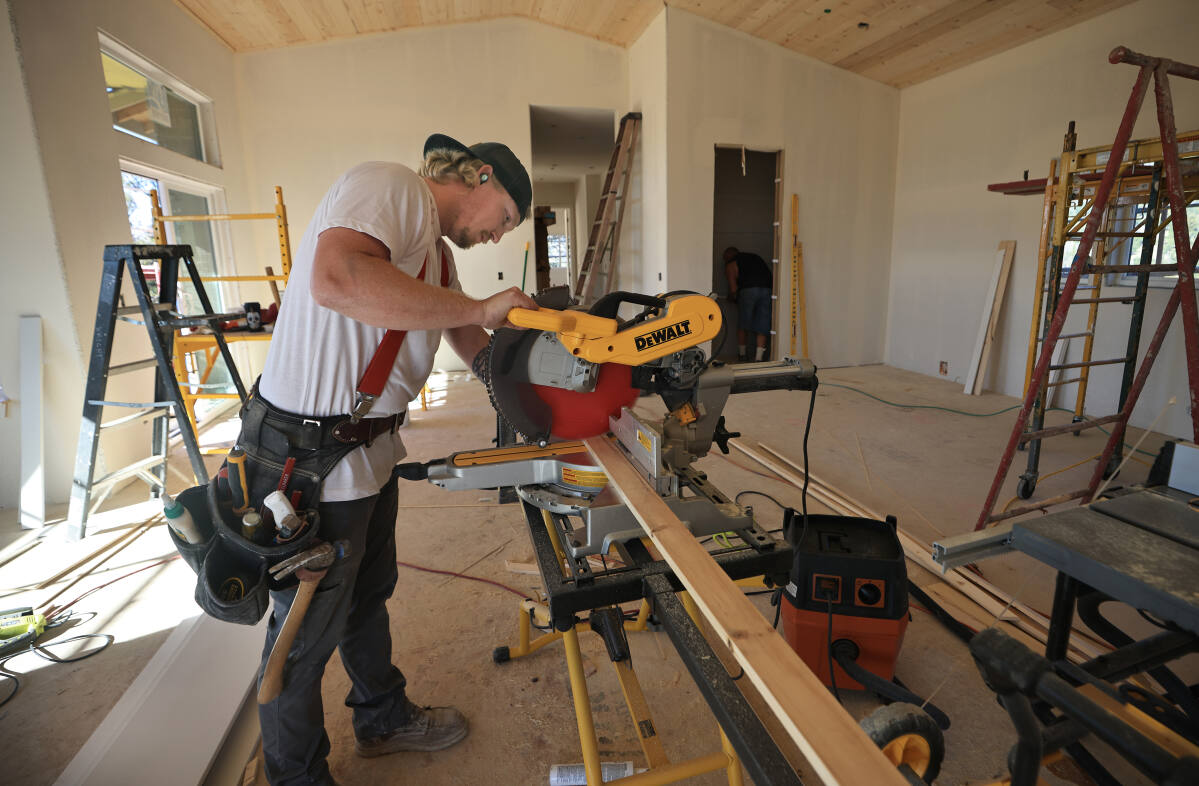 North Bay’s housing market remains hot, but local home construction has only become more uncertain for builders and developers as the pandemic continues to rock the economy as a whole.

The worsening global supply chain crisis has caused a shortage of building materials, causing prices to soar. And the lack of a skilled workforce is forcing entrepreneurs to scramble to hire enough workers. These factors have resulted in construction delays and increased budgets for new homes and projects, costs that in some cases are passed on to buyers and potentially tenants.

This is worrying news for a region struggling to build enough housing to meet a seemingly intractable shortage of housing that residents can comfortably afford.

During the pandemic, Sonoma County’s already high housing costs have skyrocketed as homebuyers continue to flow into the area and the county strives to replace the roughly 6,000 homes destroyed by fires in forest over the past four years. Of the number of houses destroyed, about half were rebuilt.

Phil Wright, owner of Wright Builders in Santa Rosa, has remained busy rebuilding homes razed in the Tubbs fire in 2017 throughout the pandemic. He is currently seeing delays of up to two months for key items such as kitchen appliances, cabinets and windows, forcing him to push back construction schedules.

â€œYou almost have to have the COVID clause,â€ Wright said of his construction contracts. “We have to protect ourselves when we try to give someone a 10 month window.”

Longer wait times aren’t the only problem. Wright is also facing significant price hikes for everything from concrete to paint.

In October, the overall cost of materials and components for construction climbed 18% from the same month last year, according to the Bureau of Labor Statistics.

Wood prices, meanwhile, which have been extremely volatile this year, have increased by more than 50% compared to before the pandemic. Trading in the futures markets has pegged prices at around $ 640 per thousand board feet this month, up from a high of over $ 1,670 in May.

Wright said longer delivery times and escalating costs have increased the budgets of some homes he is building by up to 25% compared to similar properties completed two years ago.

Sonoma State University economist Robert Eyler said the reasons for shortages in building materials and components are no different from delays for laptops or mountain bikes. They include coronavirus outbreaks in manufacturing plants, shortages of dockworkers and truckers, and rapidly changing demands from homebound consumers causing bottlenecks in warehouses, among other issues.

The resulting material price inflation and slowing residential construction could contribute to rising housing costs, Eyler said. This makes it even more difficult for first-time home buyers, which in turn could put pressure on rental prices.

â€œIf you try to enter the domestic market, it doesn’t look like there will be much relief,â€ Eyler said, adding that supply chains shouldn’t normalize until at least next summer.

A relative shortage of homes for sale in recent months indicates that builders are struggling to bring new homes to the market. At the end of September, only 605 single-family homes were available in Sonoma County, down 14% from the previous month and down 12% year-over-year, according to data from Compass Real Estate in Santa Rosa. and Petaluma.

This likely contributed to the median price of single-family homes in the county at $ 755,000 in September, a 5% increase from the same month last year and a 16% jump from September 2019.

Rental prices in Santa Rosa, meanwhile, rose 11% year-over-year in October to $ 1,565 per month for a one-bedroom, according to the rental site Apartment List.

Like many other industries, another challenge for the residential construction sector has been finding and retaining workers, although construction hires have recently returned to levels close to pre-pandemic levels, according to the reports. state employment data. A key difference for home builders, Eyler said, is that they rely on more skilled workers, which means contracting companies have a smaller pool of available labor than many other companies.

Mike Mayock, a drywall subcontractor in San Rafael, said he had to increase his workers’ wages to stay full with around 50 employees.

In downtown Santa Rosa, labor shortages have helped delay completion of the Art House hotel, which local developer Hugh Futrell opened in September. The Art House was originally intended to be an apartment complex with 21 rental units and 15 long-term accommodation units, but the costs incurred before the pandemic meant it made more financial sense to l ‘open as a hotel, at least for now, Futrell said.

â€œI don’t think anyone expected supply chain problems to last this long. But rising construction costs is something that has been happening for some time, â€Futrell said. â€œThe pandemic dramatically exacerbated the problem, but it did not trigger it. “

According to developers, some long-standing reasons for rising costs include fierce competition for construction finance, high land prices in North Bay and impact fees levied by local governments, as well as shortages. labor.

Carrillo said these factors – combined with rising material prices during the pandemic – have contributed to an increase in the overall cost of the 3575 Mendocino project, a 532-unit apartment complex that is expected to lead the way this month. in the old Journey’s End mobile home park in Santa Rosa.

â€œWhat we foresee in future development is a higher contingency to respond to a projected escalation in the cost of materials and the cost of labor,â€ he said.

Mayock, the drywall contractor, isn’t worried about the duration of labor and supply chain issues. He focuses on things he can control, like finding alternative manufacturers for the building components he needs.

â€œYou don’t have a crystal bill, you just have to make it work,â€ he said.