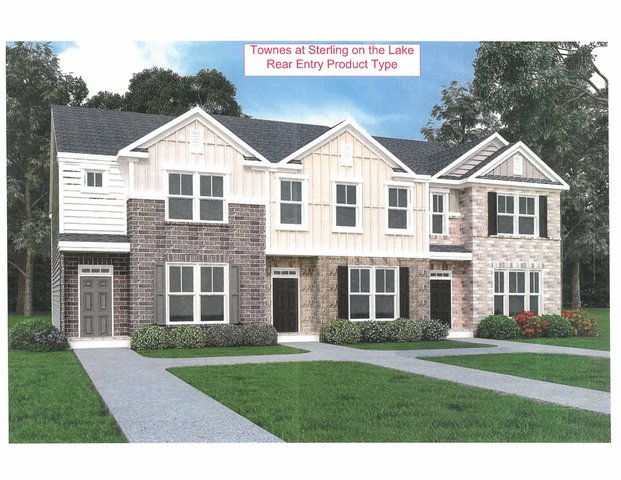 Sterling on the Lake townhouse proposal in Flowery Branch resurfaces

“This is the same general proposal but a different design and layout,” said Rich Atkinson, town planner, of the new proposal.

The draft was originally submitted in March and elicited some feedback from residents and members of the Flowery Branch city council during the April 1 meeting.

According to the minutes of the meeting, a few board members “expressed concern over the failure of the original commercial real estate advertisement.”

Chris Whittaker, vice president of operations for Newland Communities, “responded that the current economy as well as the construction of Spout Springs Road have hampered the sale of the property.”

Councilor Amy Farah said at the time that she “would always prefer to wait until construction of Spout Springs Road is complete before making this change.”

â€œWhen Sterling on the Lake was first considered 15 years ago, commercial (uses) seemed to be a viable option for this corner,â€ said Whittaker. â€œTo date, there has been limited commercial interest in this area. “

The proposal was withdrawn in May before a first board vote.

In an email this week to The Times, Whittaker said changes had been made in response to the council’s comments, including a design change from three-story units to two-story units and all units having garages for two cars.

The total number of units is unchanged, he added.

â€œThe proposed townhouse product will address a type of product that is currently not being served in the Sterling on the Lake community,â€ according to a planning document filed with Flowery Branch.

Development is expected to be completed in 2023.

Two other shopping areas will remain off Spout Springs and Lake Sterling Boulevard, the document said.

The new proposal, which is listed at NND-Looper as an applicant, is expected to be presented to Flowery Branch City Council on January 6.

2021-12-22
Previous Post: Soaring wood prices are pushing up house building costs
Next Post: With a grant of $ 2.5 million, the old factory will become a space for small businesses in Middletown