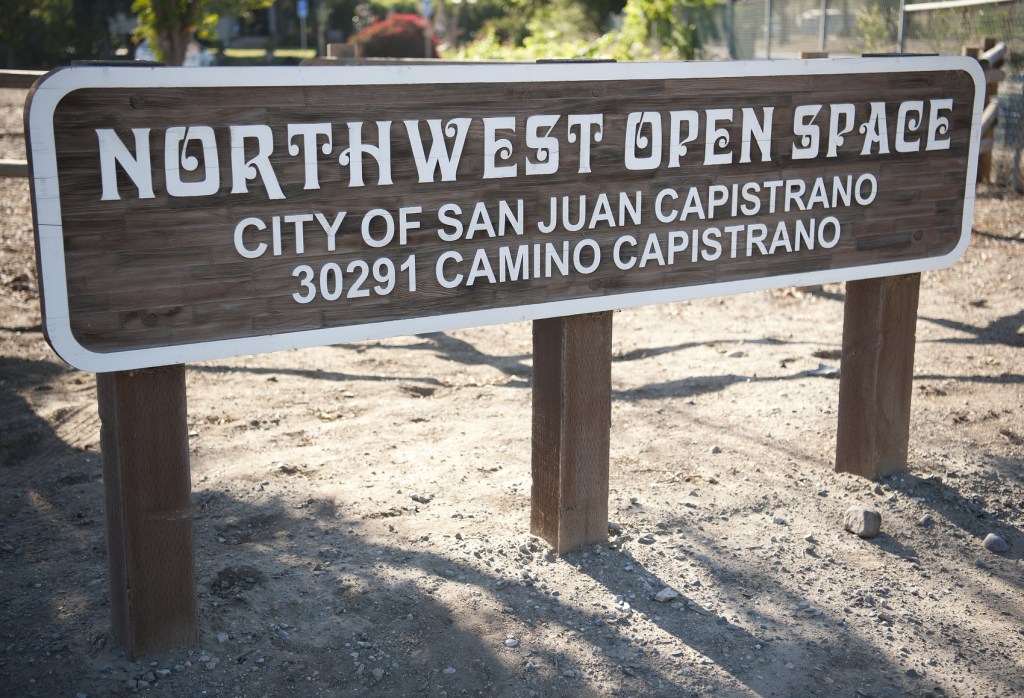 A vineyard, orchards and farms, equestrian stables and event venues among three proposals the city council and community will consider on Tuesday, May 17, considering how San Juan Capistrano could use what remains of 65 .5 acres of undeveloped urban space.

The City Council narrowed down the amenity development proposals on its North West Open Space from an original group of seven submitted ideas, selecting three” for further review and consideration based on their proposed concepts. , compatibility with current site uses and operating experience”. said city spokeswoman Matisse Reischl.

The city hasn’t released all of the proposals, but the one released by its developer was for what would have been Orange County’s first artificial wave pool. Councilor Sergio Farias, who represents the area encompassing the North West Open Space, previously said he felt the wave pool was not in line with community members’ desire for something non-intensive on the site.

Purchased with funds from a bond measure passed by voters in 1990 to save the property from commercial development, the undeveloped property off Highway 5 north of JSerra Catholic High School is a space residents have has repeatedly stated that it wants to remain passive and open to the public. enjoy. The site also has cultural and archaeological significance to the Juaneño Band of Mission Indians, the area’s original inhabitants – another reason conservationists say they avoid excessive development.

The city completed a Putuidem village in December with kiichas, the original dwellings of the first residents, and a small outdoor amphitheater, and the Northwest Open Space already housed the historic Swanner House.

Here is an overview of what the submitted proposals that will be considered on Tuesday describe:

The proposal from San Juan Capistrano residents Jim Adam, Ron Schreiber and Colby Cyburt, who have experience in development and real estate, envisions transforming the area into a community and event space, renovating the historic home for wine tastings and small events, and build barn-style buildings for large weddings and other activities.

Orchards and vineyards would be present on the property, as well as community gardens, activities such as pétanque and horseshoes, and walking and equestrian trails.

Their idea also calls for a full-service equestrian facility with stables for 149 horses, riding areas and horse rentals, including opportunities for children in low-income communities.

This proposal also plans to use the space for events, including the repair of the Swanner House and the construction of a new structure of approximately 6,000 square feet to serve as venues. An event lawn, a working garden that grows seasonal plants and vegetables, and an olive grove are part of the vision.

In a summary, C&C Development said its representatives are “also able to be flexible in our approach to this project.

“We would like to be included under an award to another bidder for use of the remainder of the NWOS.”

Dan Almquist, a San Juan Capistrano-based developer with Frontier Real Estate Investments, offers a center on part of the property with dining options and multiple lawns and event structures, including a barn and greenhouse, surrounded by a orchard.

On another piece of land, the proposal calls for a “truly working farm” of around 5 acres, with an orchard and rows of crops that could provide food for the site and downtown restaurants. More acres would be set aside for equestrian uses, including stables for 149 horses, arenas to hold events and competitions, and a cultural center dedicated to the city’s heritage.

A “recreational core” would include walking trails and 11 meadows.

No final selection is expected to be made at Tuesday’s city council meeting. Following presentations on the three proposals, San Juan Capistrano leaders will ask questions and community members can provide input.

Then, city staff “will further analyze the proposals based on feedback received during the presentations and come back at a future city council meeting,” officials said.