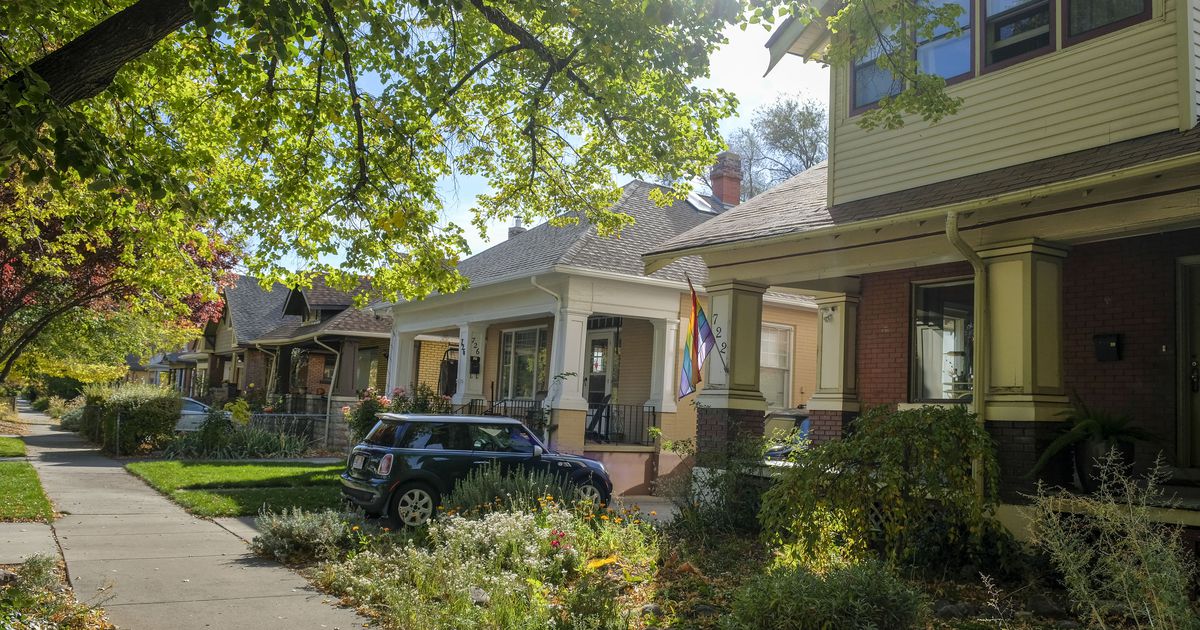 The city council votes 6 to 1 in favor of encouraging the construction of smaller houses in many existing neighborhoods, but chooses to delay the move for 180 days.

(Leah Hogsten | Tribune file photo) Homes north of Liberty Park in Salt Lake City, as seen in the fall of 2020. Zoning changes approved Tuesday will allow new types of homes such as cottages to be built. backyards and townhouses on properties labeled with what the city called RMF-30 zoning.

It’s no secret that Salt Lake City faces a severe shortage of affordable housing, and elected officials are looking for ways to address it.

One of the tools they chose to use, however, could make the housing crisis worse, at least according to some residents. So while the city council adopted a new density-friendly zoning approach for some residential lots in the city, the move remains on hold for 180 days.

Keen to encourage the construction of a wider variety of housing types, leaders voted 6-1 on Tuesday in favor of new zoning designed to attract more small homes, backyard cottages, townhouses and other smaller dwellings in many existing neighborhoods.

Changes to so-called RMF-30 zoning improve what can be built on properties with this zoning tag, which applies to approximately 1,030 long, skinny residential lots clustered on the northwest side of town around Redwood Road , north of Liberty Park in Central City and around Fairmont Park in Sugar House, among others.

The RMF-30 adjustments were one of three zoning-focused strategies approved on Tuesday after months or, in some cases, years of debate.

The other two involved a substantial expansion of where dormitory-style shared accommodation can be built and a realignment of off-street parking rules for developers putting up new construction.

Will the incentives to build new houses lead to the demolition of old ones?

The idea behind RMF-30 is to remove regulatory barriers and create design standards for incorporating new types of housing on previously developed lots, nearly 570 of which now feature single-family homes. For around 80% of affected properties, the changes will increase the number of homes owners are allowed to build.

As well as encouraging more home construction, planners say the move will encourage development compatible with existing residential areas and stimulate a greater variety of housing – all long-term goals for the city.

Others are not so sure.

Many pockets of the city, reviewers note, are already seeing older homes, including distinct brick bungalows and duplexes offered for years to rent, which are now being demolished en masse to make way for new developments as land values ​​increase.

The big worry: that rezoning these low-density residential lots will cause some landlords to demolish even more homes to make way for other smaller units, accelerating the trend of displaced tenants.

“It does nothing,” Funk said, “for the people we’re trying to help.”

Without taking further action to reduce housing losses in the city, echoed Lynn Schwartz, a member of the Sugar House community board, “passing these ordinances calls for a disaster worse than we are experiencing now.”

Others asked for additional requirements for new homes built under the amended zoning to remain affordable, which are not part of the RMF-30 revisions and are likely outside the scope of the city under the state law.

Will the six month delay help?

Many of these same concerns led city council members more than a year ago to roll back changes to RMF-30, at least until the city heard of consultants being hired to give them advice. policies on ways to stem gentrification and the displacement of residents, part of a process called Thriving in Place.

In July, city leaders received an initial report that documented large numbers of renters, low-income families and people of color being forced out of town due to a lack of affordable housing.

In light of these and other concerns, city planners have since included a “density bonus” to RMF-30 zoning changes, allowing landowners to add housing to their property in addition to new permits in cases where the owner preserves an existing house. on the property.

Planners have also adjusted maximum lot widths and set overall development limits on RMF-30 properties to reduce what is known as “land banking,” where owners tear down buildings only to leave the land undeveloped. as it increases in value.

Council member Alejandro Puy, who along with member Victoria Petro-Eschler urged delaying the entry into force of RMF-30, said the six-month hiatus would give town hall “cushion” to work out other measures to mitigate potential side effects, including new policy ideas to stem displacement.

The city is just past the middle of its gentrification study and should receive policy suggestions before the end of the year. City hall is also only partially revising other policies to help displaced residents and avoid housing loss, including requirements for developers on how and where they replace razed homes for new construction.

But even with the six-month delay, council member Amy Fowler, whose district spans many neighborhoods potentially impacted by the RMF-30 changes, remained concerned about the threat to existing rental housing.

“While I support a variety of housing,” Fowler told colleagues, “I don’t think those concerns have been addressed.”