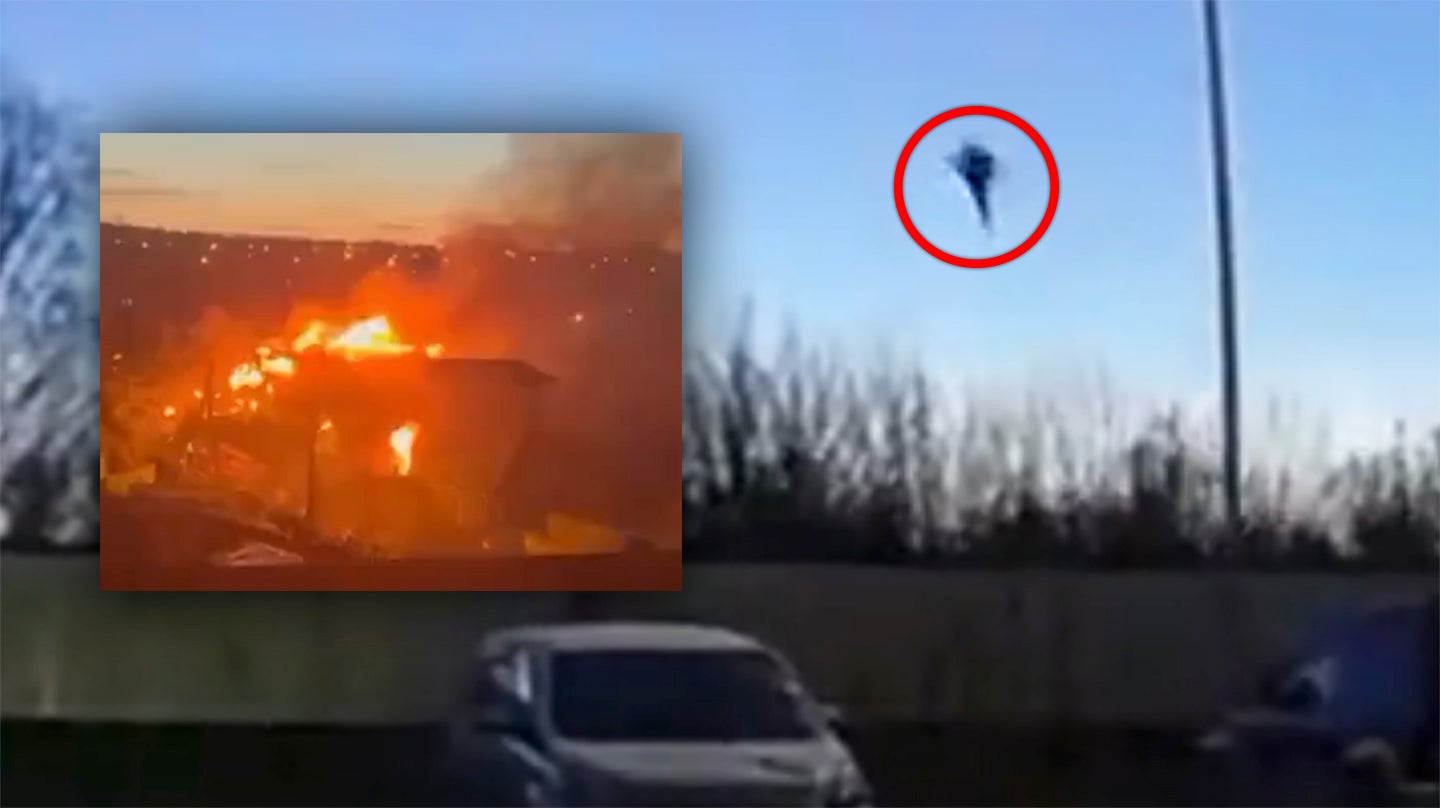 A Russian Sukhoi Su-30SM Flanker multi-role fighter crashed into an apartment building in Siberia on Sunday, killing its two crew members and causing a major fire on the ground.

The Flanker crashed around 5:30 p.m. local time “during an acceptance flight”, according to the official Telegram channel of United Aircraft Corporation, the Russian quasi-state aircraft manufacturing and development conglomerate.

“The plane crashed in the Novo-Lenino microdistrict of the city of Irkutsk. The crew died.

A commission of inquiry was created to determine the cause of the accident, according to the UAC.

Initial video from the scene showed the Flanker plunging into the ground.

Later videos showed flames resulting from a residential fire started by the crash. Local officials said no one on the ground was injured. People who lived in the residence he flew to were not at home at the time and will receive payments of 100,000 rubles [$1,622] a piece, according to CASS.

It was the second crash of a Sukhoi-made fighter jet in a residential area in less than a week. On October 17, a Su-34 Fullback crashed into an apartment building in the city of Yeysk, located across from Ukraine on the Sea of ​​Azov. In this case, however, the crew ejected before impact and survived. Can you read all about this incident in our previous coverage of it here.

New dash cam video of this incident emerged today, showing the Fullback flying through the building. 15 people died as a result of the accident.

The losses of these planes come as the Russian Air Force continues to lose aviation assets and pilots in its all-out war against Ukraine, which began on February 24.

The crew of the Su-30SM Flanker multipurpose fighter jet may have passed out due to lack of oxygen caused by residual nitrogen in their oxygen cylinders, according to Russian state media RIA Novosti reported Monday, citing local emergency officials.