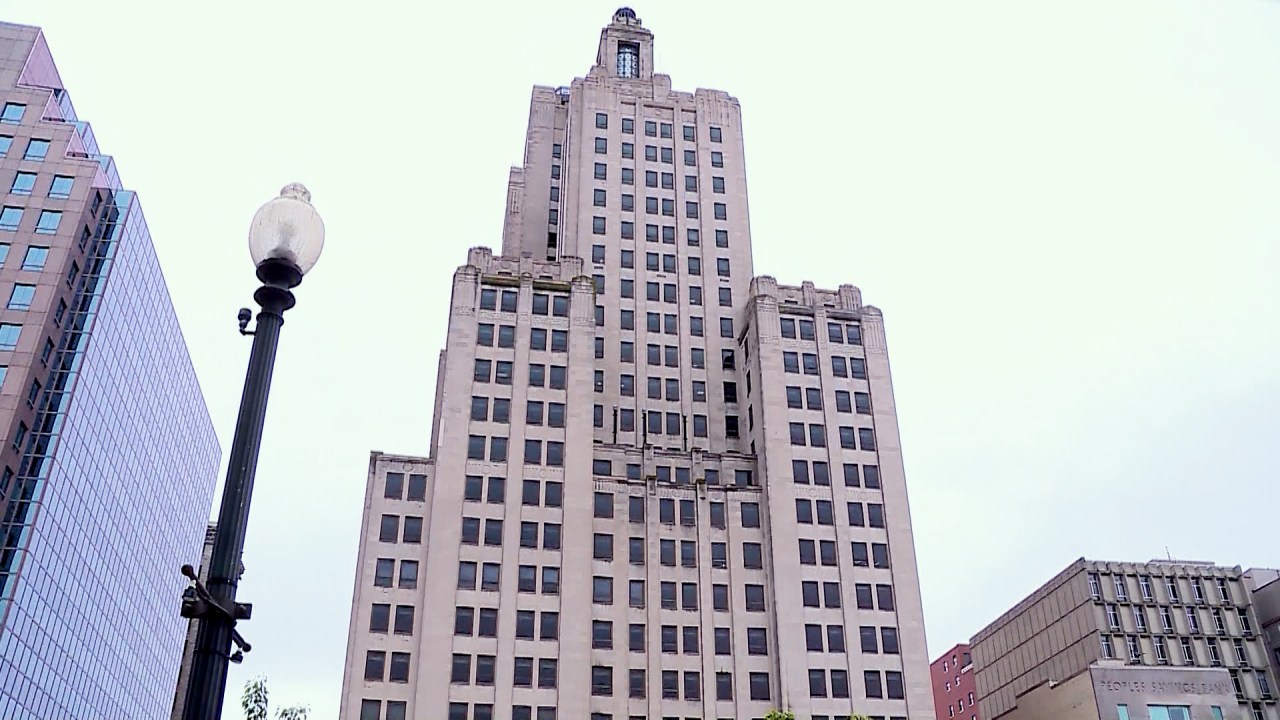 PROVIDENCE, RI (WPRI) – Rhode Island officials are in renewed serious talks about a potential deal to redevelop the so-called “Superman Building” in downtown Providence, according to multiple officials, though it’s unclear how close they are to making a deal.

The 26-story building at 111 Westminster St., long known as the Industrial Trust Building, has stood empty since Bank of America moved in 2013, and its deterioration has become a black eye for downtown Providence.

Commerce Secretary Stefan Pryor, who has been involved in multiple negotiations over the building’s redevelopment over the past decade, said he currently has “the highest level of optimism yet” about the possibility of an agreement.

“Having said that, until the deal is done, it’s not,” Pryor told 12 News, adding, “We’re working through the remaining issues. It’s still difficult to determine whether all of these issues will in fact be resolved – until they are, we cannot predict whether we will be successful or as to the timeline.

Discussions are centered on converting the former office building into a residential property, although it is expected to have a mixed-use component as well. Pryor said a portion of the new apartments will be affordable housing.

The building is owned by David Sweetser, a Massachusetts real estate investor whose company High Rock Development paid $33 million for the building in 2008. A spokesperson for Sweetser declined to comment.

Pryor said he spent months in “very constructive” conversations with Sweetser, and they currently talk daily. “We are making very good progress,” he said.

State officials are “market testing” the financial assumptions of Sweetser’s plan for the building and “aim to ensure that the owner has his skin in the game, a meaningful contribution to his own project.”

Appearing on last weekend’s edition of former Providence Mayor Joe Paolino’s TV show In the Arena, Gov. Dan McKee indicated there were ‘heavy negotiations’ underway over the building. Superman, and said he “hoped something happened there in the near time frame.

Providence City Council Speaker John Igliozzi said he was briefed on the talks a few weeks ago and said he understands officials are considering using various state and local incentive programs to transform the building into a mixed-use development with apartments and commercial spaces. .

“I’m cautiously receptive,” Igliozzi told 12 News. “This proposal is as good as any. … The devil is in the details, like anything else. He also pointed out that demolishing the building — a possibility that McKee, among others, acknowledged — “is the last option.”

Pryor acknowledged that state money would be needed to make financing for the project work, but said the negotiations were partly to ensure that other investors fill in some of the financing gap as well.

House Speaker Joe Shekarchi said through a spokesman that he had not been told about the Superman building “in several months” but said Pryor told him the fall last that a potential plan would require “no new state subsidies” — suggesting that the administration’s goal is to use existing state and local incentive programs to provide taxpayer support for the project.

Senate President Dominick Ruggerio also said he had not been briefed on a new proposal for the building and said “any plans requiring legislative action will need to be thoroughly reviewed by the Senate Finance Committee. Senate”.

“However, the Superman Building is an iconic historic structure that has stood empty for far too long,” Ruggerio said. “A mixed-use development that includes a residential component could help reinvigorate downtown Providence, helping to attract business and investment to our capital. I would welcome such a proposal and think it should deserve serious consideration.

For years, historic curators have called on state and city leaders to find a way to save the Art Deco skyscraper, which is Rhode Island’s tallest building. The Providence Preservation Society placed the historic structure at the top of its list of most endangered properties of 2022, released earlier this week.

Several previous efforts to recruit a new tenant for the building have failed over the past decade, including efforts by former Governor Gina Raimondo’s administration to lure Citizens Financial Group or PayPal there. Experts said the building’s size, age and footprint make it a particularly expensive prospect for a redevelopment project.

Ted Nesi ([email protected]) is a Target 12 investigative reporter and a 12 News political/economics editor. He co-hosts Newsmakers and writes Nesi’s Notes on Saturdays. Connect with him on TwitterFacebook, LinkedIn and Instagram

Steph Machado ([email protected]) is a Target 12 investigative reporter covering Providence, politics and more for 12 News. Connect with her on Twitter and on Facebook.

Eli Sherman ([email protected]) is a Target 12 investigative reporter for 12 News. Connect with him on Twitter and on Facebook.