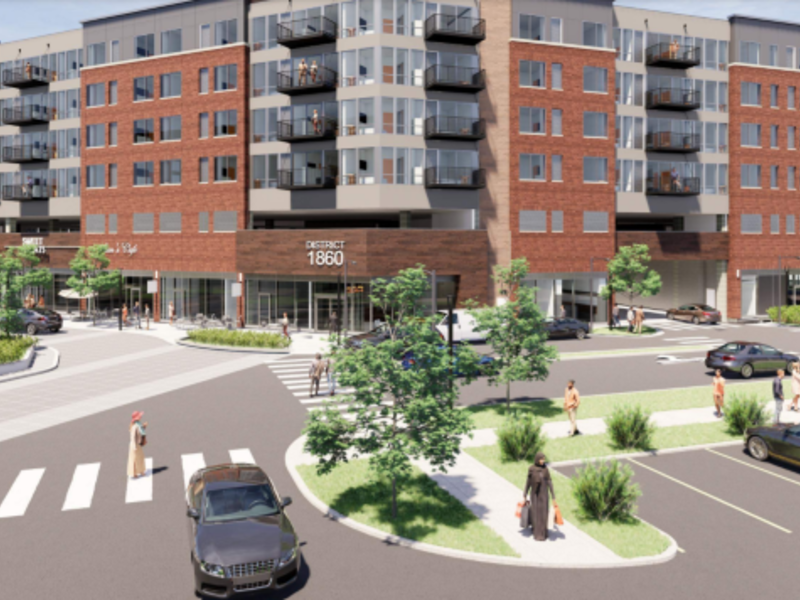 Project on the former site of the Purple hotel to have an Amazon Fresh store, apartments

But Chicago-based Tucker Development, which entered about three years ago, has accomplished what other developers haven’t. Tucker has hired a financial partner, AECOM-Canyon Partners, based in Los Angeles, and a $ 101 million construction loan from the Pacific Western Bank, also based in Los Angeles, said Tucker CEO Richard Tucker. Construction is underway and is expected to be completed in 2023.

The project at the corner of Lincoln and Touhy avenues will include the Amazon Fresh store and 40,000 square feet of additional retail space on the ground floor. Two restaurants, Fatpour Tap Works and Fat Rosie’s, rented approximately 15,000 square feet. Potential tenants for the remaining 25,000 square feet include fitness concepts, service retailers and more restaurants, Tucker said.

â€œWe’ve had a lot more interest now that we’ve innovated,â€ he said.

The Purple Hotel site has generated a lot of interest over the years, but not always the right kind. Known for its bright purple facade, the hotel, which opened in 1960, has been all the rage for a while, hosting celebrities such as Barry Manilow and Roberta Flack, who have performed there.

But many people remember it as the place where renowned Mafia associate Allen Dorfman was shot in 1983 and political fixer Stuart Levine threw marathon parties with a cornucopia of sex and drugs. The hotel closed in 2007 and was razed in 2013.

Other developers have made plans to redevelop the site, but legal and financial setbacks, including a passage through bankruptcy court, have stood in the way. Tucker stepped in in 2018.

Tucker named the project District 1860 after Abraham Lincoln, for whom Lincolnwood is named. Lincoln was first elected president in 1860.

Tucker continued with the project in part because of its “phenomenal” location at a busy intersection. On average, 45,000 cars pass daily on Touhy and 15,000 on Lincoln. This should attract retailers, as well as the apartments above, which should provide an integrated customer base. On the other hand, Amazon Fresh and restaurants are amenities that could help rent the project apartments.

â€œIt’s an environment of urban activity in a suburban market,â€ Tucker said.

The development site also includes a plot along Lincoln for a future hotel. Tucker would hire a hotel developer to build the hotel rather than doing it alone.

2021-11-22
Previous Post: Real estate hotspot series: why Saket is an advantageous residential area in New Delhi
Next Post: The Works Dog Grooming Got Approval For A Residential Neighborhood Store