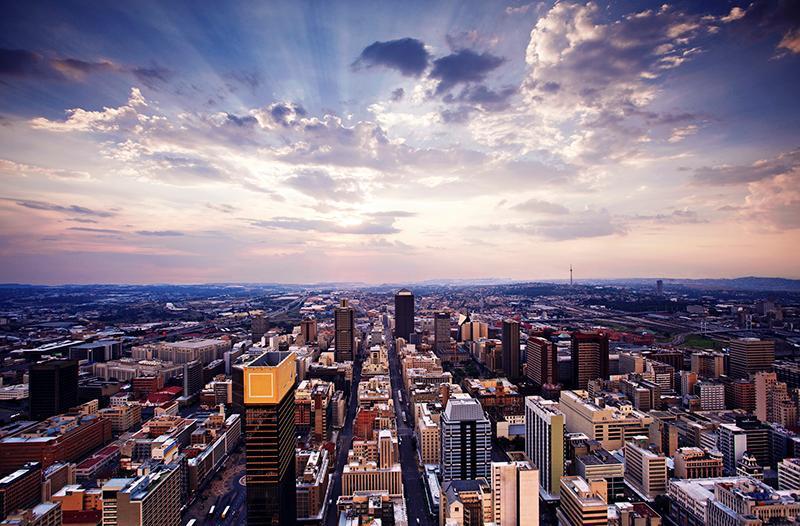 It is too early, and the future of the Russian-Ukrainian conflict is too uncertain, to say with certainty what the extent of the economic and real estate impact in South Africa could be. However, there are seemingly obvious potential points of impact on the national real estate market via economic impacts.

First, the conflict appears likely to aggravate already troublesome global inflationary pressures, notably energy prices. Potential disruptions to energy supplies in the region, partly due to the conflict, but also due to potential sanctions and boycotts against Russia – a key oil and gas producer, have driven up oil prices. energy significantly. On Friday March 4, the Brent spot price was close to $115 a barrel, 17% higher than on February 23, the day before the invasion began. This is on top of already growing inflationary pressures on energy prices, with recent Brent Crude price levels around 124% above end-2020 levels, and in South Africa oil prices have already skyrockets. The effect of the Russian invasion of Ukraine should add to this fuel price inflation. Coupled with this, escalating sanctions and boycotts against Russia and certain allies, and potential retaliation, may further exacerbate broader supply chain disruptions globally, which may be inflationary.

National agricultural economist Wandile Sihlobo also sees potential inflation in food prices, with Ukraine being a key agricultural producer, and he points out that the prices of corn, wheat, soybeans and sunflower oil have significantly increased. increased from a year ago.

While price inflation of certain agricultural and mining commodities, including gold as a safe haven, may be somewhat beneficial to some domestic agricultural producers and mining companies, a Ukrainian inflationary effect on local food and oil prices, as well as a possibly more widespread inflationary impact of general global inflationary pressures, is likely to be negative, not only eating away at consumer incomes further, but also due to greater upside risk to interest rates given the SARB’s inflation target.

The impact of war, particularly via upward pressure on global energy prices, may also be negative for the global economy, and therefore a downside risk to the domestic economy, and has been raised as such by the economic team of the FNB. The potential downside risk comes from SA trading, and the mining and manufacturing sectors are key in this regard.

Thus, upside inflation, and hence upside interest rate risk, and downside economic growth risk, are the basic macroeconomic risks that seem to emanate from the war, the magnitude of which is highly unpredictable. What then are the potential points of impact for the domestic commercial real estate sector if such an economic impact were to occur?

Given the partial link between short-term interest rates and long-term bond yields on the one hand, and real estate capitalization (Cap) rates on the other, some negativity around the inflation outlook at the continuation of the conflict in Ukraine led to a massive sale of South African shares. Government bonds, with the average yield on 10-year bonds rising from 9.26% on February 25 to 9.665% on Friday March 4.

While not a massive bond sell-off so far, it does suggest that the Ukraine crisis, which is fueling heightened inflation and interest rate fears, would likely put pressure on the rise in local real estate capitalization rates, and would therefore be negative for real estate valuations.

After recent years of rising average vacancy rates in the three major commercial real estate markets (industrial, retail and office), our recent ETF surveys of real estate brokers at the end of 2021 indicated a possible stabilization of rates vacancies in shops and offices and a decline in industrial real estate. vacancy rates, supported by some recovery in the economy after the sharp contraction in GDP in 2020.

However, South Africa’s economic situation is fragile at best, so any major impact of the global recession on the domestic economy could very easily cause vacancy rates to rise again. While industrial real estate may weather an economic storm of moderate proportions, the fragile retail and office sectors, facing the rise of online retail and the rise of remote working, respectively, could quite easily see renewed weakness that could lead them back to rising vacancy rates and further downward pressure on rentals. .

All three sectors could come under greater economic pressure than otherwise due to the potential global economic impact of the Ukraine crisis. Industrial property’s link to the global economy is quite strong via the warehousing and logistics space used for imports and exports, as well as the local manufacturing sector’s close trade links with the rest of the world.

The retail sector’s links to the global economy are more indirect, with the weak rand and rising global inflation partially driving imported inflation into the prices of consumer goods, particularly in the price area food given their link with world prices, and in particular oil prices.

Along with rising inflation eating away at consumer incomes already under pressure from a weak economy, rising interest rates are increasing the cost of servicing debt, further eating away at incomes. War could potentially add to these pressures which have already increased.

The office market is arguably the least directly exposed to the potential global economic impact of the war in Ukraine, although it is home to some tenants who trade with the world. But its potential impact is more indirect, via the slowing economy which affects the number of office worker jobs, in turn putting pressure on the demand for office space. Higher interest rates would also put additional pressure on the homeowner and renter population.

With risks of further upward pressure on capitalization rates via long and short interest rates, and on vacancy rates via the economic impact translating into downward pressure on rents, the Ukrainian conflict appears to be a source of negative pressure on real estate valuations. However, it is too early and uncertain to say whether the magnitude of the potential impact on the economy and interest rates will be sufficient to delay the expected return in the average capital value of all properties (MSCI data) positive nominal growth this year. The negative impact of the war in Ukraine will contrast with the lagged positive impact of a normalization of economic activity and some economic recovery, following the deep lockdown recession of 2020.

Can the impact extend to property operating costs?

The indirect impact of the war, via the economic impact on South Africa, may possibly have an indirect impact on operating costs via the inflationary impact rippling through to service provider costs. In addition, if revenues from the sale of electricity are held back by economic weakness, Eskom may attempt to recoup them through tariff increases, as can councils with tariffs and other tariff increases if economic pressure leads to a weakening of the payer’s payment performance.

But for this to continue, the negative economic impact of rising interest rates, and any further impact on Ukraine, must be moderate at worst. Too much of an impact on inflation and interest rates puts financial pressure on tenants, and so all bets on this market’s recovery are off. Therefore, it is a good balance.

In short, the impact of the war in Ukraine remains highly uncertain, much depending on its duration, its final outcome and what happens in terms of global sanctions, boycotts and reaction to them.

But the seemingly likely impact is an inflationary impact of some magnitude, which in turn increases the upside risk to short- and long-term interest rates, as well as potential downward pressure on economic growth. world.

For the residential rental market, the recovery may continue if the impact of the war is mild at worst, but the tenant population in this market cannot withstand too great an economic impact before the rent payment performance of tenants do not begin to suffer again.