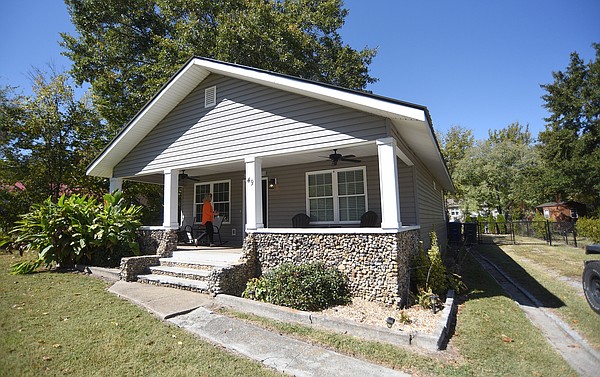 Chairs were brought out to accommodate an interested crowd of about two dozen people who lined the perimeter of the room as a dedicated committee of board members and staff continued a months-long discussion on how best to regulate short-term vacation rentals in the city.

In April, council members temporarily suspended applications for all non-owner-occupied rentals as officials sought to fine-tune the city’s rules as best they could. They expect to consider revisions before the moratorium ends in January, and the full board will discuss the matter at a strategic planning meeting on Tuesday, which will be followed by another committee meeting on November 1.

According to its website, the city has regulated short-term rentals since 2009, initially limiting them to areas zoned R3 for multi-family residential housing or R4 for office areas for multi-family residential use. Currently, Chattanooga limits short-term rentals to areas of a designated district called the overlay, which includes the downtown and southwest portion of the city.

Non-owner occupied rental applications are already subject to additional review during the approval process. If they rack up four or more objections from close neighbors, those requests go to the Chattanooga City Council, which holds a public hearing to consider the request.

Councilman Chip Henderson of Lookout Valley chairs the study committee and said council members have consistently heard residents’ concerns about how short-term rentals affect the character of neighborhoods. Their potential impact on affordable housing has been another concern, but Henderson said by phone Friday that he had yet to hear a definitive answer to that question.

At their Tuesday meeting, staffers suggested the city consider regulating rentals by zoning district rather than using an overlay, but Henderson said he objects to tying rentals together. short-term vacations to zoning, which the city has already attempted.

He predicts that Chattanooga officials may ultimately decide to regulate short-term vacation rentals based on density, which could involve allowing a certain number on a street or setting an allowable distance between units.

She co-owns seven licensed units in the city with her husband and also manages rentals owned by other clients. In total, there are 12 properties in his portfolio, and Morgan said his company has about 22 more in the pipeline, though nearly half of those could depend on how the city chooses to regulate them. . Many people who own short-term rentals in the city, Morgan said, tend to be locals.

A former math teacher, Tom Purdy and his wife decided to retire to Chattanooga, settling permanently in the city about two or three years ago. He owns 15 single-family homes and one duplex that he rents out to longer-term tenants.

“The idea was that people would come and live and just be part of the community, and for the most part that’s pretty much how it goes,” he said in a phone call.

Purdy said converting all of his properties to short-term vacation rentals would lead to a significant increase in income, but he would prefer to see neighborhoods with more deeply rooted residents.

Owners of a certain beach of a property receive notice when the owner plans to turn it into a short-term vacation rental, he said. Purdy said the rise was gradual at first, but he and his neighbors were eventually surprised by the abundance of units entering their community.

“You started getting more and more of these reviews, and you started to realize that I think the ultimate way before long was that the whole Southside could be short-term vacation rentals,” he said. he declares.

This diminishes the residential aspect of a neighborhood, Purdy said, making it more of a commercial block. The city’s system also lacks strict enforcement, he said.

City of Chattanooga staff members estimate there are 450 unauthorized units in the city. AirDNA, a database that tracks short-term rental information, shows 1,195 active units in Chattanooga, which charge an average nightly rate of $169.

The city recently introduced software through a company called Granicus that authorities use to identify unauthorized short-term vacation rentals. Chris Anderson, Mayor Tim Kelly’s senior adviser for legislative initiatives, said by phone that the city is now four weeks from a nine-week deadline to send 272 letters to owners of all unlicensed units in Chattanooga.

The city hopes to increase financial penalties for landlords who run a short-term rental without a license, though Anderson said there’s still a lot of administrative work to do before that happens.

“It’s not a lot of complaints to flip and somehow shut down a growing business that benefits the City of Chattanooga and Hamilton County,” Morgan said.

Instead, Morgan said, the city should focus on unauthorized short-term rentals.

Beth Palmer co-owns three properties in North Chattanooga, which she operates as short-term vacation rentals. When the moratorium went into effect in April, Palmer already had permits for those three homes, but she knows people lost money as a result of the decision.

“If you have a house that you furnish, you invest thousands of dollars in furniture and everything that you put into kitchens and linens and technology,” she said in a phone interview. . “I have no doubt that there were people who were doing this who (had) the mat… just popped out from under them.”

Palmer said the city’s enforcement of unauthorized short-term vacation rentals has been lax, and while they’re talking about the best regulatory approach, it’s frustrating that officials aren’t properly differentiating between which owners follow the rules and which ones don’t, she said. She regularly hears positive comments from neighbors about the guests.

“The people who are our guests are respectful, elegant — parents of McCallie boarders, business travelers, families who come for weddings,” she said. “It’s grandparents with their kids and grandkids, those kinds of situations where a hotel isn’t ideal but a house is. And that’s really the new way people are now traveling all over the world. world, not just in Tennessee.”