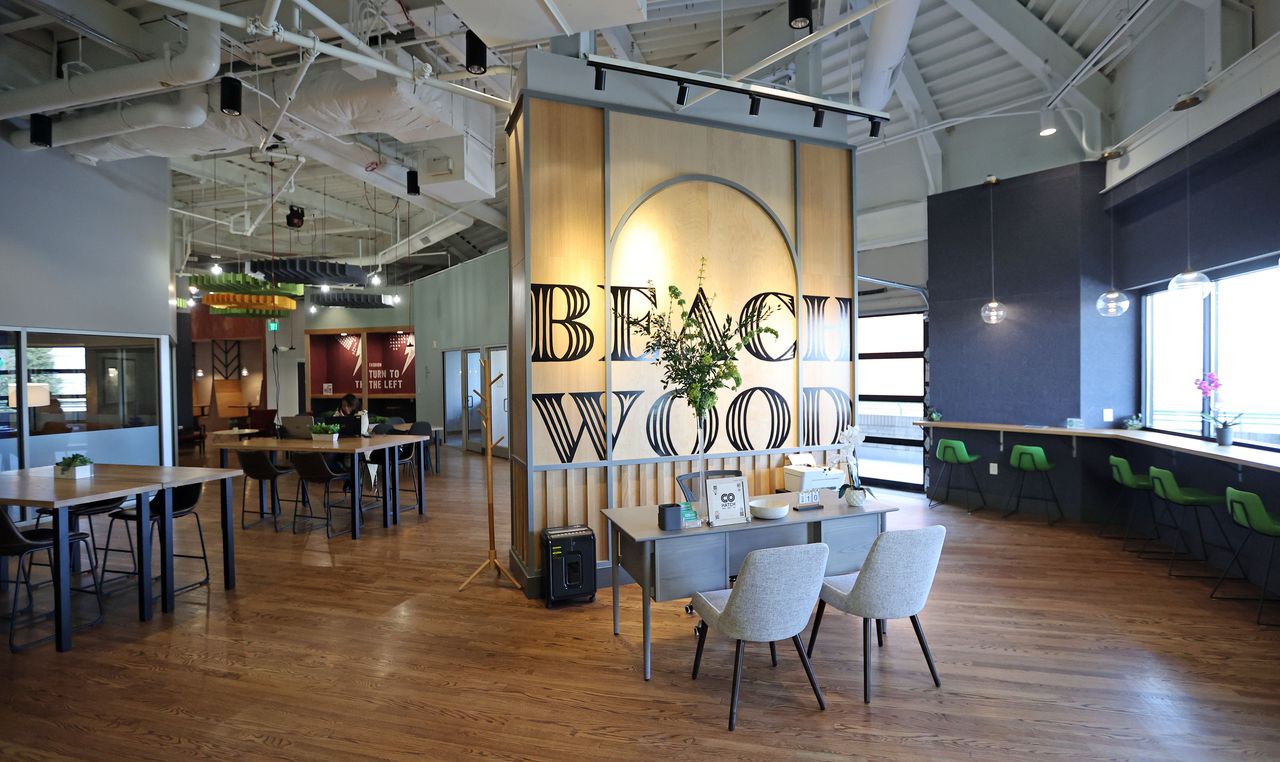 BEACHWOOD, Ohio – The relationship between COhatch and North High Brewing Co. could be summed up in one sentence: If you brew it, they’ll work.

OK, that’s an oversimplification, but the coworking company’s massive new space in Beachwood, in the former Maggiano’s and H&M, offers multiple ways to work temporarily and transiently while having a North High Brewery downstairs. floor. It opened on Thursday March 10.

The 24/7 space is the largest in COHatch, at 33,000 square feet. The company has 30 locations nationwide, either open or planned. Several, including a location in the Ohio City neighborhood of Cleveland, feature collaborations with North High Brewing Co. Both COHatch and North High Brewing are based in Columbus.

Most COhatch locations are less than half the size of the new space in Beachwood, which is located at 26300 Cedar Road at Beachwood Place, just off Interstate 271.

“We’re known for revitalizing and repurposing,” said COhatch CEO Matt Davis, who sees what his company is offering as representative of the future of shopping malls.

With more brick-and-mortar stores closing as people shop online, alternative uses for existing malls are evolving. Malls can serve as repurposed real estate and be repurposed for anything from basketball courts, storage, or other uses — like smart, shared workspaces.

COhatch aims to attract all kinds of businesses: non-profit organizations, companies of various sizes, events, company outings and personal meetings, from birthdays to baby showers. Davis said pre-pandemic companies were attracting one- to 10-person companies that can bring in workers to skillfully maneuver in a COhatch space.

“We want this event to be a lifestyle event for members of the community,” said Rion Robinson, corporate culture and opportunity director.

Offices for one to five people are available along with scattered meeting rooms and “phone booths” — tiny rooms for private phone calls. Common areas are also positioned for collaborative meetings. Some rooms can be booked by the hour. Coffee, tea, water and snacks are included.

“Each piece has a level of inspiration behind it,” Robinson said. There is a beach room and a wood room, for example. “Not only are we nested in a community, but we want to bring the community in.”

He added: “We want to create these areas where people connect.”

Davis said 10 locations are planned for Greater Cleveland over the next seven years, particularly in walkable neighborhoods. And North High appears to be in about 20% of COhatch spaces, marketing director Matt Barnes said.

• Mail can be sent to the space.

• If you are a member of a COhatch space, you have access to all. So if you want to cross the city or the countryside, you have a place to work.

• Meeting rooms are equipped with glass whiteboard screens and often have tables that can be moved “like a puzzle,” Robinson said.

• A common kitchenette with an eight-seat bar is available.

• Upstairs, the garage doors open in good weather to sit on the terrace.

“There is so much going on here; it’s a huge space,” Robinson said.

Said Davis: “The simple logic is that we want a shared economy. We want it to be an extension of your home.

It would be a house with a brewery, of course.

The brasserie features a sleek bar with hanging TVs, marbled subway tiles behind the bar, and 16 draft beers. North High will make about four seltzers in Beachwood and bring beer from its main brewery in Columbus, Barnes said.

“It’s really like a great quid-pro-quo relationship,” he said. “It gives them (business users) a place to meet and connect.”

A more formal job at COhatch could lead to building relationships in a laid-back brasserie at night over a beer and a bite to eat, he said.

Four-tops, booths, and booths are available behind the bar at North High, which is open seven days a week. Weekday happy hour is 3-6 p.m. with food specials.

The menu includes four types of tacos, chicken sandwiches, pizzas and more. At Beachwood, North High also pickles pickles, which will be used in a variety of dishes. A shadow kitchen format is also in the works. Ryan Oldham is the executive chef.

I am on cleveland.comfrom the Life and Culture team and covers topics related to food, beer, wine and sport. If you want to see my stories, here is a directory on cleveland.com. WTAM-1100’s Bill Wills and I usually talk food and drink at 8:20 Thursday morning. Twitter: @mbona30.

Start the weekend off and sign up for Cleveland.com’s “In the CLE” weekly newsletter, your essential guide to the best things to do in Greater Cleveland. It’ll hit your inbox on Friday morning – an exclusive to-do list, focused on the best of weekend fun. Restaurants, music, movies, performing arts, family fun and more. Simply click here to register. All cleveland.com newsletters are free.