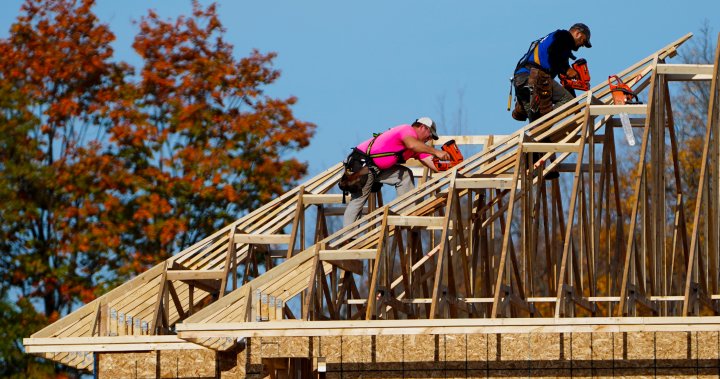 TORONTO — Reducing developer charges, allowing more units on a residential lot and continuing rent-to-own programs are among a host of measures Ontario announced Tuesday to combat against the housing crisis.

The Progressive Conservative government has promised to build 1.5 million homes over 10 years and introduced new legislation to boost and accelerate development.

The province has identified 29 municipalities in which the bulk of new housing will need to be built to achieve this target, and will require them to develop “commitments” on how they will achieve the targets assigned to them, although it does not there is so far no consequence for below.

Toronto will need 285,000 new homes, Ottawa will need 151,000, Mississauga will need 120,000 and Brampton will need 113,000, the province said. Ontario has granted leaders in Toronto and Ottawa so-called strong mayoral powers to overrule council’s decision when votes conflict with housing construction.

Ontario will need 1.5 million homes built over next decade, half of them in Peel, York and Toronto: report

The list of municipalities with the greatest housing needs could point to other cities to which Premier Doug Ford could grant powerful mayoral powers in the future.

Municipal Affairs and Housing Minister Steve Clark said he first wants to make sure the process gets started in Toronto and Ottawa when those councils are sworn in next month.

“I’ll start looking for other opportunities after that, but I’m not there yet,” he said.

Ford and Clark previewed the legislation at a Toronto Area Chamber of Commerce event earlier Tuesday.

“Our government will never ignore the many families in Ontario who want a place to call home,” Ford said in his speech.

“Everyone’s dream is to have a little white picket fence. You know, when they put the key in the door, they know that they are accumulating equity there, they can make small adjustments to their house and increase its value. This is our goal. We will not let ideology and politics stop us from doing what is right for all Ontarians.

The legislation would allow up to three residential units – such as basement apartments and garden houses – on a plot without requiring changes to the regulations. These new units would also be exempt from development charges.

The province is also proposing to freeze, reduce and waive fees associated with building new homes to stimulate construction. Affordable housing, non-profit housing and inclusive zoning units — that is, affordable housing in new developments — as well as certain “accessible” units would be exempt from various charges.

2:36
An additional $2.4 million to support the Elgin Park redevelopment project in Cobourg


Opposition critics said the reduction in development fees could make it difficult for municipalities to pay for services for residents of these homes, such as roads, community centers and public transit.

Clark said municipalities have about $8 billion in development charge reserves in the province, and he hopes the two levels of government can work together toward the common goal of getting housing built.

The new housing plan also includes the introduction of greater housing density near transit stations and the use of surplus government land, modular homes and rent-to-own programs.

The government has said it will consult with municipalities on reducing the property tax burden for multi-unit apartment buildings, as they are often taxed at double the rate of other residential properties.

The new legislation also proposes to temporarily freeze development fees that go to conservation authorities – they issue development permits in certain areas such as those prone to flooding.

In addition, the bill would remove a minimum number of public meetings for draft land subdivision plans, prioritize Ontario Lands Tribunal hearings for cases that create the most housing, limit appeals third parties in court and strengthen the rules for heritage designations.

Clark said the policies represent the boldest housing changes the government has made to date.

He also announced late Monday that the province was raising the tax on nonresident speculation on homes purchased by foreign nationals from 20% to 25%, effective Tuesday.