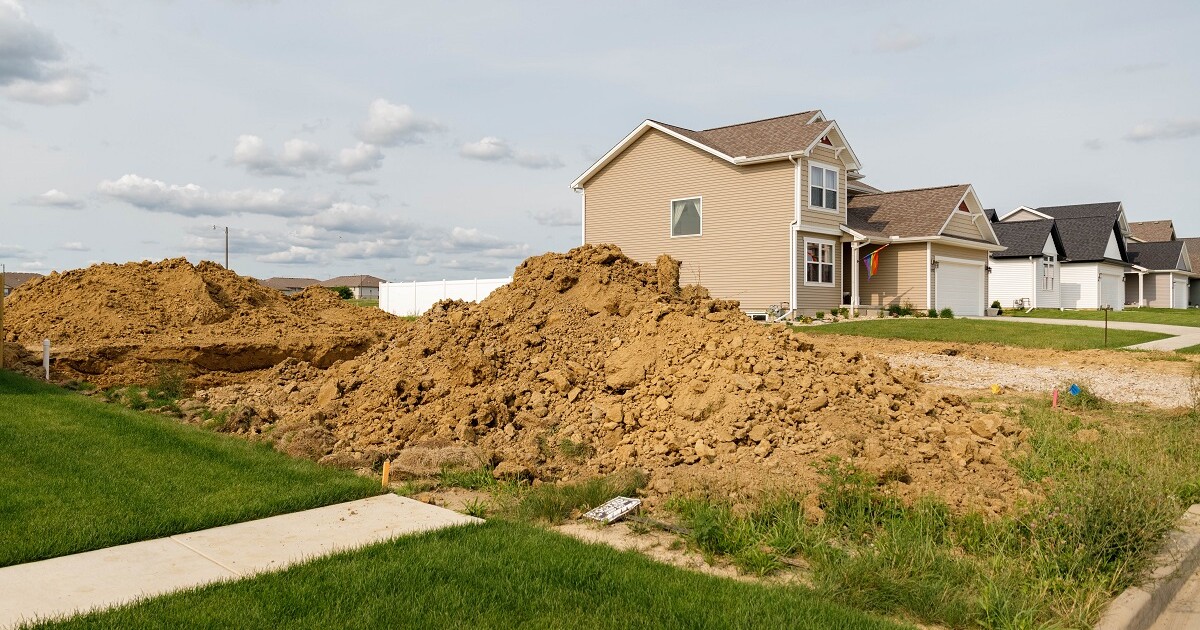 A total of 102 newly built homes sold in Bloomington-Normal last year. That’s $34 million in real estate value created in the community to meet demand, according to figures from the Mid-Illinois Association of Realtors. And that’s more than double the number of new home builds in 2020.

The first signs indicate that this year will be even better.

“Almost every subdivision in Normal that has the ability to expand is currently expanding and growing,” City Manager Pam Reece said.

She said many of these were existing housing developments that had not been built after they were created in the late 1990s and early 2000s. Several have been on hold for years, even dating back to the collapse of the real estate bubble in 2008.

“What we’re seeing now is that all of these subdivisions that were originally annexed with a preliminary plan and such, are now being prepared to go forward. We haven’t really had a lot of conversations with the developers about the annexation new land. We do have some properties that are within Normal’s corporate boundaries that could potentially be developed, but we haven’t really had any in-depth conversations about that with anyone,” he said. Reece told WGLT’s Sound Ideas.

Last week, the council took action on The Vineyard, Trails at Sunset Lake and Greystone Fields totaling about 70 units. Northbridge and the final phase of Pheasant Ridge in Normal also received approvals over the past six months, Reece said.

“There are a few developments that could still expand. Wintergreen, for example, and maybe a few others. So we expect that in the spring we will see more new housing construction,” he said. she stated.

In the early 2000s, unions held a press conference and criticized building practices in the new Savannah Green subdivision, saying it was cheap and construction would not last. In recent years, city staff have noted that streets and alleys in Savannah Green have deteriorated earlier than expected. Reece said the city has enough inspection staff to oversee new construction.

“We don’t inspect all work in a residential development,” she said. “When it comes to public amenities, or public projects and things that are going to be turned over to the municipality, like water and sewer and pavement, we usually have a staff member on site during construction because those Capital items will be returned to the municipality in the future.

“I can’t explain what happened with Savannah Green and the pavement quality at Savannah Green. We’re hoping to have a solution to that. And we’ve been talking to the board about allocating some of our dollars from the American bailout in the Savannah, green paths and pavements.”

The city has staffed its inspections department to deal with a lot of construction in Rivian, which has also helped the city manage the pace of residential construction, Reece said.

The city manager said she was receptive to a call from an association of estate agents to boost home ownership. In a letter, the Mid-Illinois Realtors Association recently called on Bloomington and Normal to use some of their pandemic relief money to boost affordable housing and home ownership.

The argument for using public funds on private property is one of economic development. The association says each home sale generates about $70,000 in other economic activity, and when people own homes, that stability tends to add to the economy in other ways.

Reece said she and normal mayor Chris Koos would meet with the association in March to start the dialogue. Reece said city council members would likely accept the appeal as well.

“I think the answer to that question is yes. Council has spoken to the table about housing concerns. We just need to define what we think will have the most impact,” Reece said.

The Association of Realtors has suggested pandemic relief money could fund options including down payment assistance in the form of grants or forgivable loans, building new homes and repairing vacant and degraded properties. Reece said the city has some experience in this area.

“We administered a down payment assistance program and worked with the banks on that program. There is definitely value in that. We would be willing to be at the table and discuss the usefulness of this tool. There could be some handy fruit like that,” Reece said, adding that it won’t be a quick conversation and there’s a lot to figure out before the city agrees to try to stimulate home ownership.

“We have a lot of people who want to be at the table to find solutions. That’s a good thing. There are a lot of stakeholder groups who want to do their best to make sure our workforce has adequate housing,” Reece said.

Realtors said Illinois has 270,000 fewer homes than needed and using US bailout money could reduce that number.

The herd could return to normal

In another case, Reece said the city of Normal could join Peoria and other nearby towns in installing security cameras that can read vehicle license plate numbers. Bloomington council members are expected to vote on the issue Monday night.

“Something like the Flock system or a license plate recognition system – they all have value as a tool for law enforcement, but you have to make sure everyone is on the same length wave in terms of usage,” Reece said.

Reece said the same privacy issues raised about the Bloomington police system are at the center of Normal’s existing dialogue on smart cities, adding that once a firm proposal comes forward, there will be a conversation. public on guarantees.

Eventually, the city will have the same public debate that Bloomington had over police cameras capturing license plate information.

“Then once it gets into the system, there has to be an understanding of how the agency is going to use it and how it’s stored, retained, searched, and shared, things like that,” he said. Reice.

Reece said he’s heard concerns about things other than the license plates taken in the photos, such as images of people. She said Flock’s explanation of what is searchable was adequate, but the data privacy doesn’t stop there.