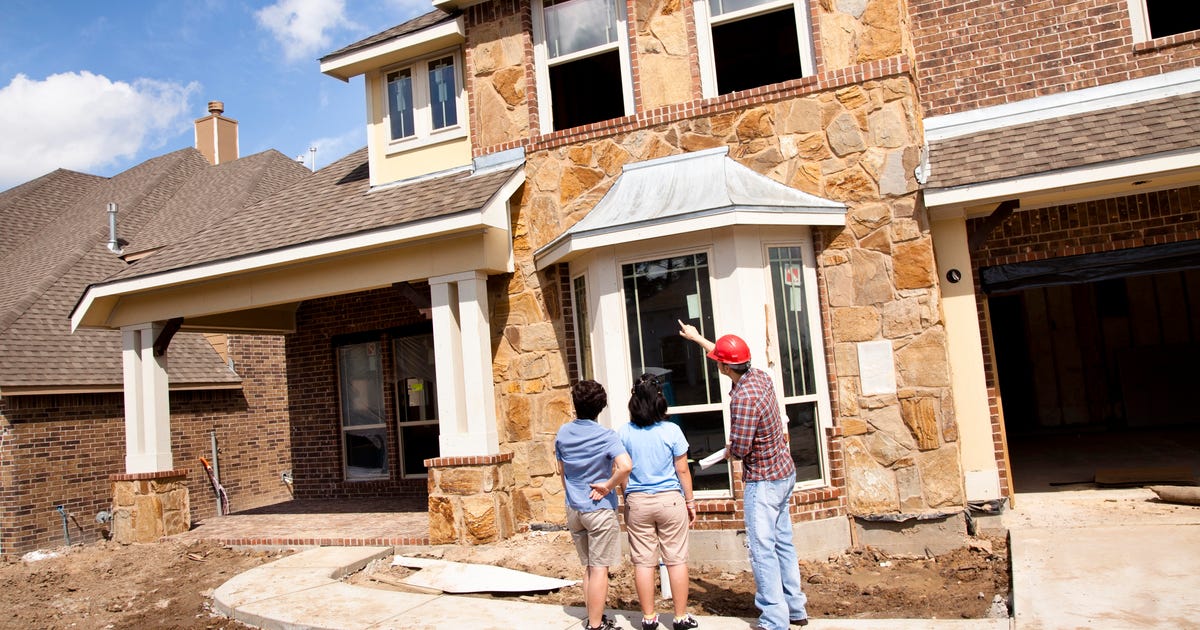 New home construction hit its lowest level in more than a year in May, bolstering belief that the U.S. housing market is cooling as rising interest rates and supply chain bottlenecks and shortages present ongoing challenges.

Housing starts, or the number of new residential construction projects started in a given period, fell 14.4% last month to a seasonally adjusted rate of 1.549 million units, the lowest level since April 2021, according to the latest data from the US Department. Trade.

Building permits for private dwellings also fell in May, falling to a seasonally adjusted rate of 1.695 million units, down 7% from April’s revised rate of 1.823 million units. The decline in new home construction comes at a time when U.S. homebuilder sentiment fell to a two-year low in June, marking low confidence in the market.

Further underscoring the impact of supply issues, the number of new homes approved for construction but not started rose 0.7% between April and May.

“Single-family home construction is slowing as the effects of rising interest rates reduce housing affordability,” Jerry Konter, president of the National Association of Home Builders, said in a statement. “In addition, construction costs continue to rise, with residential building materials up 19% from a year ago. As the market weakens due to cyclical factors, the long-term housing shortage will persist and continue to frustrate tenants and potential buyers.

Mortgage rates tend to rise and fall depending on the economy and labor market, and rates are influenced by actions taken by the central banking system. Since the start of the year, the Federal Reserve has raised interest rates at the fastest rate in decades in an attempt to combat record inflation and slow the economy. Last week, the Fed raised its benchmark interest rates by 0.75 percentage points – the biggest increase in nearly 30 years, prompting mortgage rates will rise even higher.

The Fed expects to continue raising interest rates throughout the year, which will put further pressure on the housing market. When Mortgage Rates Rise, Fewer People Buy Homes because it becomes more expensive to take out a mortgage. And as home ownership becomes more expensive for the average buyer, builders are more hesitant to start new construction, especially as inflation and supply chain disruptions drive up the cost of construction materials.