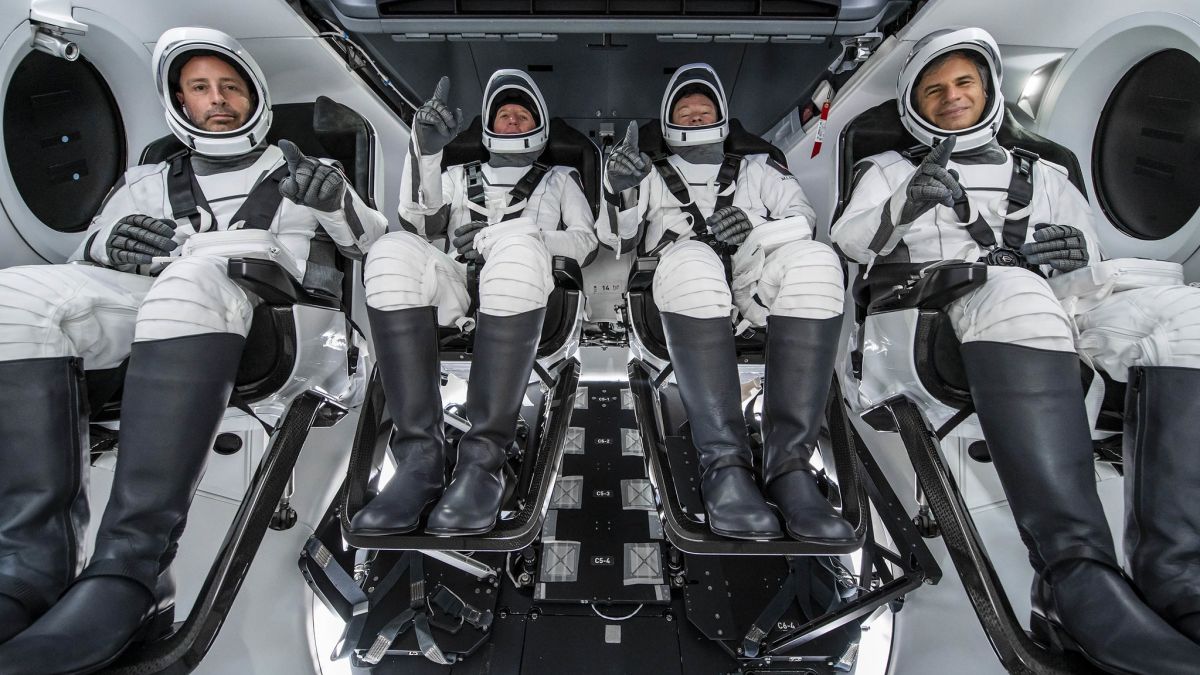 Axiom Space, a commercial aerospace company based in Houston, Texas, plans to launch humans into space for the first time next Wednesday (April 6).

The company’s first crewed mission to space, called Ax-1, passed its flight readiness exam on March 25. The Axiom Space mission, which will send a crew of spaceflyers to the International Space Station, is scheduled to launch on April 6 after a brief delay. which will host a critical test of NASA’s Artemis 1 lunar rocket on a nearby platform.

Ax-1 will launch from Pad 39A at NASA’s Kennedy Space Center, where SpaceX launches its astronaut missions for NASA on the Crew Dragon spacecraft. As is typical for crewed SpaceX missions, Ax-1 will launch into orbit with a SpaceX Falcon 9 rocket, complete with a reusable first stage. Liftoff is scheduled for 12:05 p.m. EDT (4:05 p.m. GMT). You’ll be able to watch the launch live courtesy of Axiom Space, SpaceX and NASA via Space.com’s Ax-1 Launch Webcast Guide.

The mission participants, in addition to the commander of the Ax-1, retired NASA astronaut and current vice president of business development for Axiom, Michael López-Alegría, paid for their places. Although a private mission, Ax-1 will involve approximately 100 hours of research on behalf of numerous organizations.

“We are opening a new era in manned spaceflight”, López-Alegría said Friday in a message on Twitter (April 1). “We are taking the first step in a next-generation platform initiative that will bring working, living and researching in space to a much wider and more international audience.”

Axiom plans to launch a module that will be added to the space station in 2024, a step towards the eventual realization of a commercial space station.

Here are the four people who will be on the 10-day Ax-1 mission, which includes eight days on the ISS:

Michael Lopez-Alegría, commander of AX-1, is a former NASA astronaut of three space shuttle missions and the commander of ISS Expedition 14 on its fourth, during which he flew on a Russian Soyuz. As of this writing, López-Alegría holds the record for the most spacewalks performed, 10, and the most accumulated time in a spacesuit: 67 hours and 40 minutes. He was inducted into the American Astronaut Hall of Fame in 2020 and sits on several aerospace advisory boards.

“Being away from NASA for 10 years and sharing those experiences with new friends and colleagues made me appreciate how special it was,” López-Alegría said. wrote on Twitter. “Being able to experience it all over again is almost like waking up and then going back into a dream.”

“I think I speak for all of us that we understand this first civilian mission is a great honor and a great opportunity,” Connor said at a press conference on Friday. “But with that comes a great responsibility – which is to execute the mission correctly and successfully.”

Marc Pathy, mission specialist for Ax-1, is the CEO and President of the sustainable investment firm MARVIK of Montreal, Canada. He is also Chairman of the Board of Stingray Group Inc., a music, media and technology company. Pathy is also a board member of the Pathy Family Foundation, among other charities such as the Montreal Children’s Hospital, for whom he will conduct research in orbit.

Pathy said he had already had an amazing experience so far. “It’s already changed my life, and we haven’t even launched yet, so…really excited about what’s still to come,” he said at a Friday press conference.

Eytan Stibbe, mission specialist for Ax-1, is, among other things, the founding partner of the impact investment fund Vital Capital. He was previously a fighter pilot for the Israeli Air Force (IAF) and a flight instructor at the Israeli Air Force Flight Academy. Stibbe was a close friend of fellow Israeli pilot and astronaut Ilan Ramon, who died in the 2003 Space Shuttle Columbia accident. Stibbe and the Ramon family co-founded the Ramon Foundation; Stibbe will perform experiments for the orbiting foundation.

“Being part of this unique crew is proof from me that there is no dream out of reach,” Stibbe said at Friday’s press conference. “It’s the motto of my mission in space.