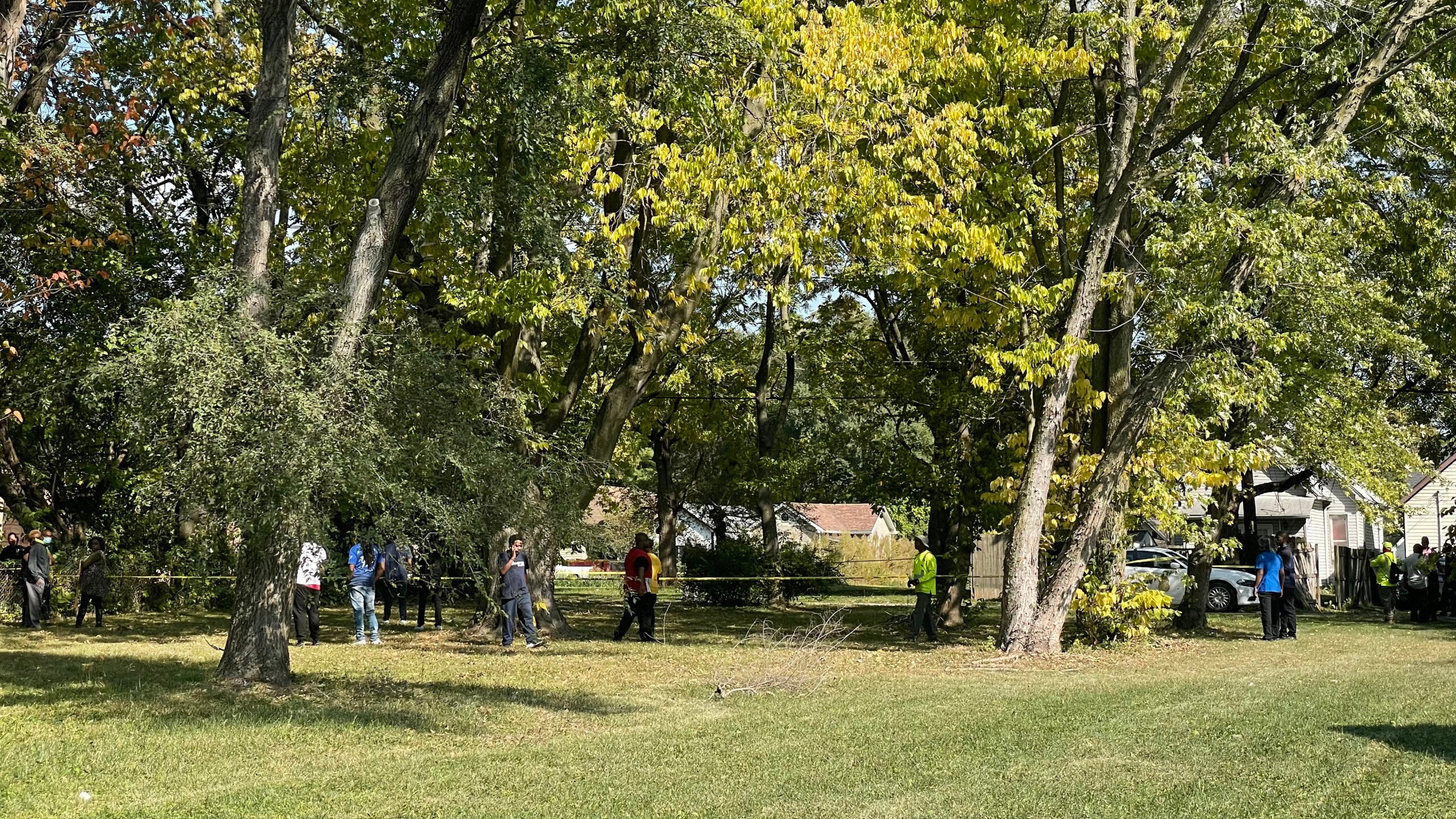 UPDATE: The victim has been identified as Jamael Carter Sr, 41.

INDIANAPOLIS (WISH) — A man was found fatally shot Thursday afternoon in a residential area on the city’s west side, Indianapolis police said.

The Indianapolis Metropolitan Police Department was called to report a person shot dead just after 2:15 p.m. Thursday in the 700 block of North Holmes Avenue, according to dispatch information. The location the police were dispatched to is the address of Eden Missionary Baptist Church and Eden Neighborhood Development Corp., according to online reports.

Around the same time medics were dispatched to a ‘dangerous gunshot scene’ at a house near the church, dispatch information online showed.

The incident happened in what IMPD Officer William Young described as a field directly behind the backyard of a house on North Holmes Avenue. The house is opposite the church.

On Thursday night, IMPD sent out a press release saying the man was found shot dead in the 700 block of King Avenue, one block west of North Holmes Avenue.

A suspect has not been arrested and police have urged anyone with information to call Detective Brian Lambert of the Homicide Investigation Unit at 317-327-3475. His email is [email protected]

There were no active threats against the community, Young said.

IMPD initially said the person was in critical condition, but minutes later sent an update that the person had died.