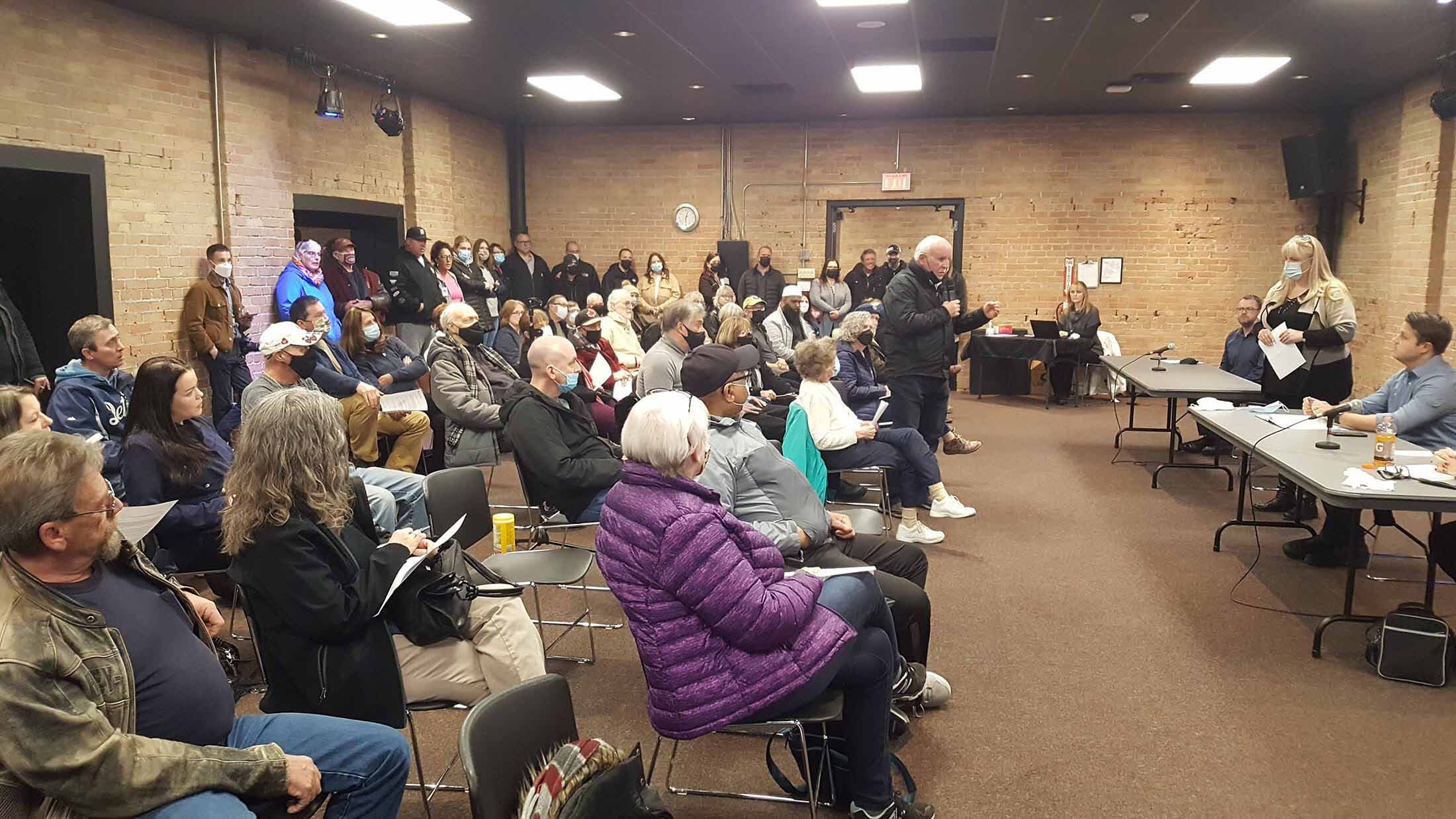 LETTER: An emergency shelter in any residential area is ill-suited

In light of the stabbing of a man last week in the area of ​​the homeless encampment near the proposed Murray Street shelter, and the earlier stabbing involving two homeless men and an 80-year-old man , the concerns of members of the Tecumseh Park Neighborhood Association focus on the safety of residents of the proposed shelter, families in the neighborhood, children of Islamic faith boarding schools, Montessori children and daycares, and elderly residents of Eden Villa.

There needs to be an emphasis on treatment and support that includes qualified addiction counselors in sufficient numbers to meet the needs of the population they serve. The Tecumseh Park neighborhood community has not been informed of a detailed plan for the proposed residents of the Murray Street emergency shelter.

Offering shelter to more than 50 people in a residential area is not a solution. A lack of foresight and planning on the part of municipal authorities has put the homeless and the community at risk. A lack of engagement and inclusion of community and homeless-serving organizations presents further challenges to any form of collaboration. A crib in a crowded room in an abandoned school is not a home, and an emergency shelter in any residential area is not suitable.

Given that many of the homeless people we observed in the Downtown, Grand Avenue, TraveLodge and Tecumseh Park areas have mental health and addiction issues, our concern with the proposed location is that it would only serve to exacerbate pre-existing addiction issues that potential shelter residents may have and create problems for shelter staff for the following reasons: proximity to drug stores, proximity to open areas and private property off-limits to police for burning stolen wire coverings, proximity to lumberyards for supplies and tools, proximity to Tecumseh Park, banks of river and creek to conceal illicit behavior, proximity to Black Creek Bridge which currently serves as a conduit for obscure travel between Taylor Avenue, Grand Avenue and the Tecumseh Park neighborhood, close to two large camps of homeless on private property.

There must be staff training to develop skills in a trauma-informed approach where the integration of trauma knowledge informs policies, procedures and practice. Placing vulnerable people next to a homeless encampment on private property creates a significant risk of re-traumatization.

This property has a long history of violence, including the brutal sexual assault and fatal beating of a young boy in 1994. Homeless encampments have been set up here for years.

The presence of local encampments in Chatham increases the likelihood of conflict with homeless people residing or seeking services at the proposed emergency shelter adjacent to Murray Street. If the neighbors are between the addict and the drug or between the alcoholic and the alcohol, there is a much greater chance that they too will be hurt.

We learned that there are no plans for adequate security or supervision. Properly trained and supported security, on duty 24 hours a day, is essential to mitigate conflict, violence, theft and property damage within the shelter and within the community.

Research tells us that property crime increases by 56% within three to four blocks of a residential shelter and that most safety issues occur within 400 meters of the shelter.

Looking at best practice models outside of Chatham-Kent as well as looking at examples of shelters where there were problems is helpful when developing a plan for success.

Providing space in any type of shelter for community mobilizers would allow the police to be part of a visible team working with the community to help people in crisis who suffer from mental health, homelessness, poverty and addiction. We see benefits to this approach as well as proactive policing. The simple fact of having police officers visible both in the shelter and in the neighborhood would serve to deter crime and save man hours and expense by dealing with problems after the crime has occurred.

Given that 25-50% of homeless people suffer from mental health and/or addiction issues, our children are not equipped to witness or deal with the behaviors associated with these conditions. They should also not, while playing in their front yard, jump into the street or wait for their school bus.

Public concerns have been raised over the proposed emergency shelter’s proximity to Darul Uloom, a boarding school for more than 90 young people aged 4 to 19.

Montessori preschoolers enjoy walking around the park and around the neighborhood, including Murray Street. The Municipality has not provided any plan to mitigate risk exposure for our toddlers.

We also have concerns for the future of our neighborhood children as they begin to normalize the sight of drug paraphernalia in their playgrounds and front yards as they see people in medical distress due to substance use and that they observe drug dealings in nearby homes. One of our moms runs in front of her kids as she enters the park and with rubber gloves and a Ziplock bag and collects the needles so her kids don’t encounter them.

Dr. Anna Lembke, a Stanford University professor and addiction psychiatrist, talks about the power of accessibility when it comes to addiction. “There are many risk factors for addiction that can be divided into three categories; nature, culture and especially neighborhood. She states that “mere access to the drug, if you live in a neighborhood where that drug is sold nearby, increases the likelihood of use and addiction.”

The fact that there are several drug houses near the emergency shelter and the homeless encampment does not bode well for the residents of the shelter or the local families.

2022-05-11
Previous Post: As the pay-on-demand industry matures, agencies begin the onboarding process | DailyPay, Inc.
Next Post: The pace of inflation is slowing but still hot