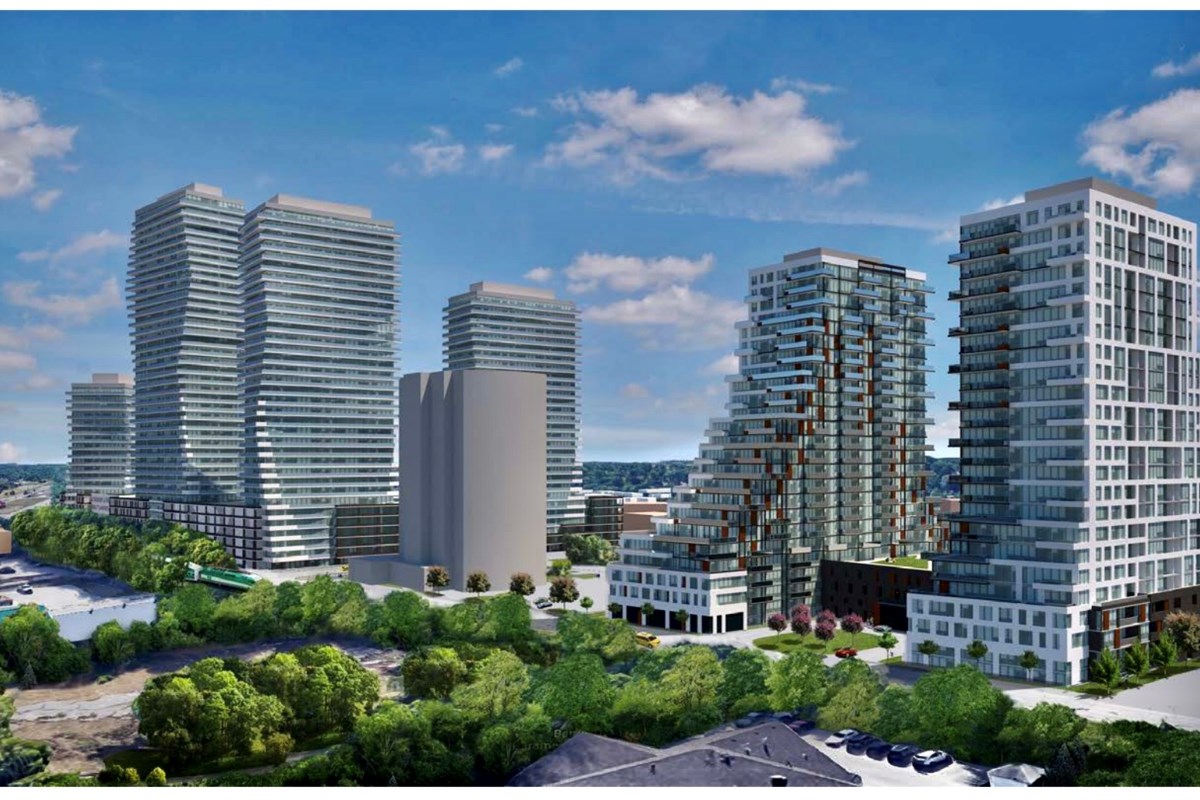 “After decades of Barrie trying to attract large-scale investment to our downtown, we are seeing it now,” says Barrie Mayor

“You just have to walk around to see what’s going on – it’s not just plans anymore,” said Mayor Jeff Lehman BarrieToday. “After decades of Barrie trying to attract large-scale investment to our downtown, we are seeing it now.

“Needless to say, this is what builds a strong and vibrant downtown. Residents of downtown and surrounding areas are customers of the businesses and services that make up the downtown daytime economy,” he added. “Streets with lots of pedestrians and thriving businesses are safer streets and, combined with the city’s investment in a downtown market and a new performing arts center, the west end of the center -city is changing rapidly. Additional projects in the coming years will only further benefit the downtown area.

The UGC extends from St. Vincent Street at the eastern end around Kempenfelt Bay to Burton Avenue in Allandale.

Two of the largest projects are the 1,900 units of SmartCentres between Lakeshore Drive and Bradford Street and the 623 residential units of HIP Developments planned for the former Barrie Central Collegiate site.

Just over a year ago, the council rezoned and redesignated the property between Lakeshore Drive and Bradford Street so that 41, 38, 35 and 25-storey towers could be built by SmartCentres with a total of approximately 1,900 residential units, hotel rooms and commercial space at 51-75 Bradford St. and 20 Checkley St.

The site plan for its first phase, which includes the proposed 25-story building facing Lakeshore Drive, for 145 hotel units and 230 residential units, is under review by planning staff.

“The SmartCentres project, of course, includes a hotel on the waterfront, which will be a huge boost for downtown,” Lehman said.

Speaking of height, Debut Condos offers two 32-story residential towers at 39-67 Dunlop St. W. and 35-37 Mary St., the so-called theater block, for 495 units in two phases, plus a podium of six stories, with commercial and commercial uses on the ground floor, as well as parking on levels 2-6.

And at 233 Dunlop St. W., an eight-story mixed-use building with 93 residential units and commercial space on the ground floor is being built by MDM Developments.

At the northwest corner of Bayfield and Sophia Streets, a 34-storey mixed-use condominium building with commercial uses on the ground floor and eight townhouses, for a total of 480 units, is proposed. This property awaits rezoning.

Directly opposite, on the northeast corner of Bayfield and Sophia, eight floors and 108 residential rental units are offered by Coral Housing. Seventy of these units are considered affordable. This project is awaiting a site plan submission.

Lakhouse Lakeside Residence is under construction at 185-265 Dunlop St. E., the former site of Lakeview Dairy. Aalto Developments’ residential condo project has 10 floors of 178 units and over 1,700 square meters of commercial use on the ground floor.

Just east of Lakhouse, at 217 Dunlop St. E., 12 stories of 22 to 41 residential condos will be built between Sampson and Berczy streets by developer PBM Realty Holdings.

“A concern is that due to the strength of Barrie’s real estate market and the appeal of water views from many of these buildings, many will not be affordable for those on a modest income,” Lehman said. . “However, some will – such as some of the purpose-built rental properties offered by HIP Developments, and the apartment building being built at 233 Dunlop West, all of which are affordable rentals.”

At 79 Collier Street, 17 floors and 136 units are proposed by a site plan under review, while at Owen and Collier Streets, a 16-storey retirement residence is proposed, with 314 units and a retail on the ground floor, by the promoter Revera.

A 20-story tower is to be built at Owen and Worsley streets, along with an eight-story tower at the corner of Owen and McDonald streets, and a six-story mixed-use podium and amenity building connecting them, for a total of 307 units. There will also be commercial space on the ground floor, as well as underground and structured parking.

The land has been rezoned, to allow development to proceed, and site plan review of the property, received by the city in July 2021, is currently being reviewed by planning staff for 55-57 McDonald St., 61-67 Owen St., and 70-78 Worsley St., directly across from the downtown branch of the Barrie Public Library.

At 220 Bradford St., a 14-storey apartment is offered with commercial space on the ground floor and 121 units. Its site plan is currently being reviewed by planning staff.

And at 79 Gowan Street, a seven-unit, four-storey residential building is proposed. Its rezoning was granted by the council in September 2020.

But the big plans for this part of UGC are just down the street.

At 41 and 43 Essa Rd., and 259 and 273 Innisfil St., Tonlu Properties wishes to develop four buildings of 20, 29, 35 and 37 stories for 1,267 residential apartments with a ground floor commercial frontage on Essa Road and Innisfil Street.

Tonlu also wants to develop two 24- and 26-storey residential towers with a total of 565 residential units, as well as a four-storey garage podium, nearby 17 and 27 Jacob’s Terrace.

Rezoning applications are being reviewed by city staff for the two Tonlu projects, which are to precede site plan control for them.

And at 272 Innisfil Street, a 17-story apartment building with a podium of townhouses and 164 units will be built. Site plan review is in progress.

“This (update) provides the status of existing applications as they progress through the development approval process, as well as updates to (city) council when new development applications are received,” Michelle Banfield, Barrie’s director of developmental services, said in a statement. note to advisers.

“There have been some advancements, such as zoning approvals for the site at the northwest corner of Bayfield and Sophia (streets), as well as 217 Dunlop St. E., and a shoring building permit issued for the theater block.”

Residences at Five Points, a 20-story of 208 proposed residential condos at the corner of Bayfield and Dunlop streets, are also included in the city’s fourth quarter 2021 development applications update.

Almost a year ago, buyers were told the development would not proceed after residential condominium sales failed to reach 85% and construction financing could not be arranged.

Still, some of the signs remain in place, and the project is still on the city’s books.

2022-03-06
Previous Post: The Effect of US Sanctions on Russia on Commercial Real Estate Documentation – Real Estate & Construction
Next Post: Potential impact of the Russian-Ukrainian conflict on the commercial real estate market in South Africa