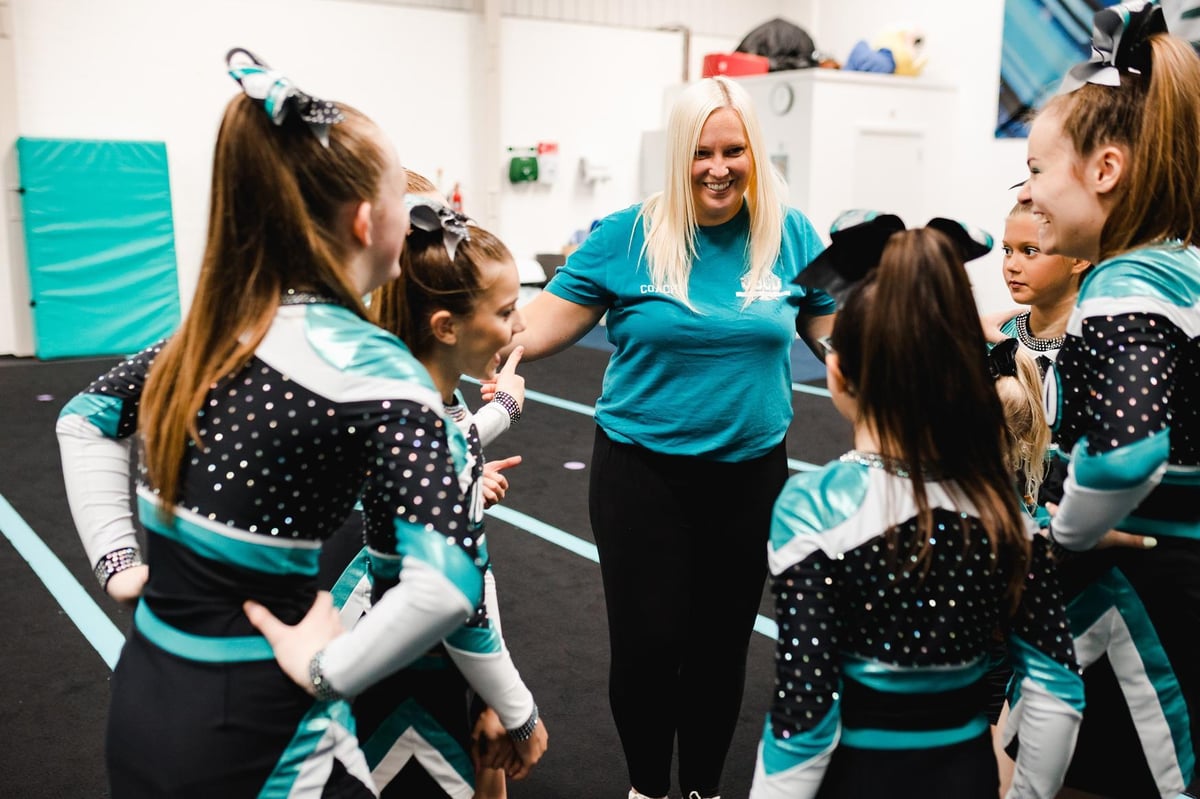 The former Chamberlain Business Park was renamed Base Business Space by owners Allenby Commercial, who purchased the site in December 2020 to address a shortage of quality, efficient and usable commercial space.

A spokesperson said: “An influx of small businesses has breathed new life into the location with business owners working in sectors including logistics, flooring, offshore safety equipment, cleaning and car detailing, dance and fitness.

Jillian Blowman started JB Cheer & Dance Academy in 2018 and rented space at a sixth form college with a five-year plan to find her own space.

“With approximately 25 jobs created by the new tenants, the total number of businesses has grown to 65 with over 200 employees.”

Dale Gooderham, Asset Manager at Allenby Commercial, said: “The rising cost of construction is proving a challenge in developing units for SMEs and that is why Base offered such a unique opportunity in a convenient location.

“We set out to repurpose existing units, bringing them into service to suit the 21st century market.

“We will continue to invest. The priority has always been the interiors of the buildings because people want to be there and work, but we also tidy up the exteriors and there are also construction projects.

Derelict buildings have been transformed with the introduction of eco-friendly features including double glazing, solar panels and new planted areas.

Dale added: “The works have created easy access units and we have subdivided some of the larger areas to create more efficient space for small businesses.

“The entire space has been refurbished to a high standard to help businesses reduce capital expenditure – we have installed desks and carpets and made it easier for people to move in quickly.

“We can do this because we are an owner, developer and contractor, so we have an end-to-end business model and can streamline the process. We rely less on third parties and that has made a big difference in the current climate.

“We can remove the barriers ourselves and help businesses grow and create new jobs, and the result is that the Base is a hive of constant activity.”

Jillian Blowman started JB Cheer & Dance Academy in 2018 and rented space at a sixth form college with a five-year plan to find her own space.

She was able to move forward with her plans after hearing about Base and next month will celebrate the anniversary of the relocation of her team of three employees and more than 120 members, including her five-year-old daughter, Poppy.

Jillian said: ‘I was working as a primary school teacher and I was made redundant. So I decided to start my own business by going to schools and organizing after-school clubs.

“I also started Cheertots which now has 10 licensees across the country. It’s under five cheerleading and we do it here on a Saturday. opportunities to do it in our area and I knew there was a market for it and it was missing in schools.

“It’s more than cheerleading – we do acrobatics, stunts and somersaults at a high level. We go to competitions and as a team we have won many awards.

“Over 60 of our members will be competing this year and they come from all over the region – Beverley, Elloughton, Brough, Hedon. They range in age from two to adults in their 40s.”