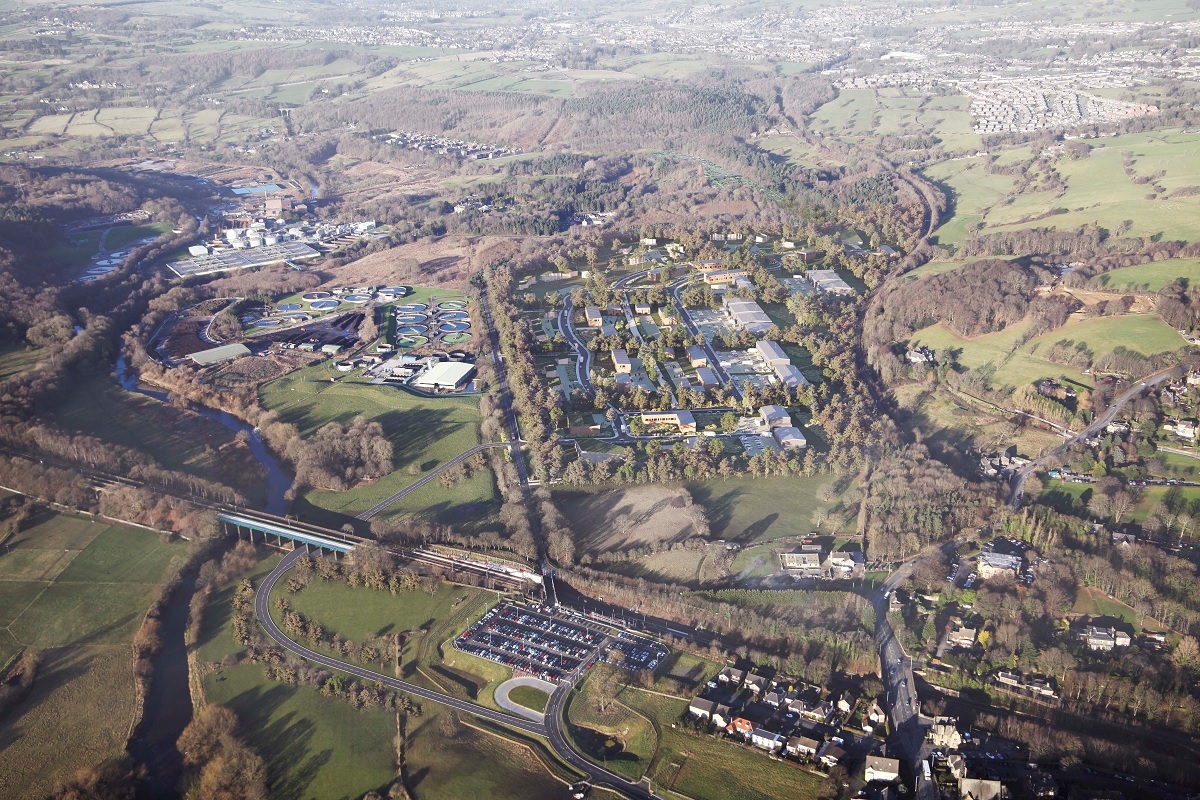 PROPOSALS to build 100,000 square meters of retail space and 150 houses on a former Yorkshire Water site in Esholt “will put Bradford on the map” – a developer said.

Bradford Council has approved plans to redevelop vacant parts of the site, and along with work on the site, nearly Â£ 2million will be spent to improve local transport networks and motorways.

The decision was made at a Council Regulatory and Appeals Committee meeting this week, where members were told the business side of the plans would create around 2,000 jobs.

The plans, from Keyland Developments, relate to 180 acres of unused land on the site and were first submitted over two years ago.

The committee was informed that disputes over an access road – part of which would be in a floodplain of the Aire River, caused the long delay in making the request to the committee.

The full application consisted of fitting out redundant primary reservoirs and building 150 housing units and a “community hub” in their place, new roads, an open public space and 100,000 m2 of job development on the site of old beds. filtering.

A new heritage trail, many public trails and new woodlots would also be created.

The committee heard that job development would come in waves and take 20 years.

The houses would be built according to “sustainable” standards and respectful of the environment.

There had been numerous objections to the plans, with residents and local politicians, including Shipley MP Philip Davies raising concerns.

Objections ranged from concern over the additional traffic the site would bring to Esholt, a lack of facilities for new residents, and questions about building such a large development in the Green Belt.

West Yorkshire Police had also objected, saying the development of the development was not ideal for preventing crime and the number of footpaths on the site made it vulnerable to crime and anti-social behavior.

Officers told the committee that the access road to the employment side of the development, which runs under an aqueduct, would be built on a raised bank to overcome concerns about the floodplain.

Due to the relatively isolated nature of the site, the developer is reportedly providing Â£ 1.7million to improve transport links. A ‘public / alternative transport delivery group’ would be set up to decide how this money would be spent – but it was likely to include new bus lines, e-bikes and car-sharing programs.

The claimants said the money would improve travel for all residents of Esholt – not just those living in the development.

Money would also be spent to improve public footpaths and Â£ 50,000 would be given to Leeds Council to improve the A658 / B6152 junction.

An existing permit system that only allows certain vehicles to pass through the Yorkshire Water site will be changed, with Esholt residents and new homes being given priority. Currently, permit holders come from as far away as Ilkley or Silsden. It would help prevent the “rat from running” on the site – members were told.

Councilor Debbie Davies (Cons, Baildon) spoke out against the scheme. She said: “I can see both positives and negatives in this pattern.” She stressed that approval of the plans would run counter to a number of Council documents and plans – including the draft local plan, currently under development, which dismissed the site as suitable. to housing.

She added: “It makes a mockery of the whole process if you allow 150 houses on land that has been rejected as a housing site.”

Esholt resident Ruth Thompson questioned the developer’s claims that development did not rely on car travel. She said: “Bike lanes and footpaths are unlikely to reduce the number of cars in such a remote location.”

Luke Ax from Keyland Development said, â€œWe know that developments can be a matter of division and emotion, whether it’s a single story expansion or something on that scale.

â€œThere aren’t many programs like this, not just at regional or national level, but internationally. It will offer new housing standards.

“This will put Bradford on the map for really positive reasons.”

Councilor Matt Edwards (Green, Tong) said he would vote against the project. He said: â€œMany people would like a development like this in their parish. I am voting against it because of the claim that it is in a durable location. It’s all well and good to say people go to ride a bike, but due to its location I’d say it’s still a car-centric development.

However, Cllr Edwards was the only committee member to vote against the plans, and the request was approved six to one.

As the site is on the Green Belt, the application will need to be submitted to the Secretary of State before full permission is granted.

After the decision, Tracy Brabin, Mayor of West Yorkshire, said: â€œThis is a truly exciting development and shows how unused land can be turned into a thriving community with much needed sustainable housing and a hub for new green business activities. ”

Liz Barber, CEO of Yorkshire Water, said: â€œAs Yorkshire’s second largest landowner, we are committed to ensuring that the land works in the best interests of the people of the region. We have worked closely with Bradford City Council to develop our plans for the site and the building permit is an important step forward in achieving this goal for the land around our Esholt site.

â€œThis is a historic development that will be a big part of Bradford’s sustainable growth plans and the region’s economy. We look forward to working closely with Bradford City Council and the Combined West Yorkshire Authority under Tracy Brabin to complete a project that will benefit our community locally and the region as a whole.

â€œAlong with the new development, we are already working hard to redevelop historic Esholt Hall and transform it into a flagship center of excellence for learning and training, providing a cutting-edge location for our colleagues and future graduates and apprentices. improve their skills.