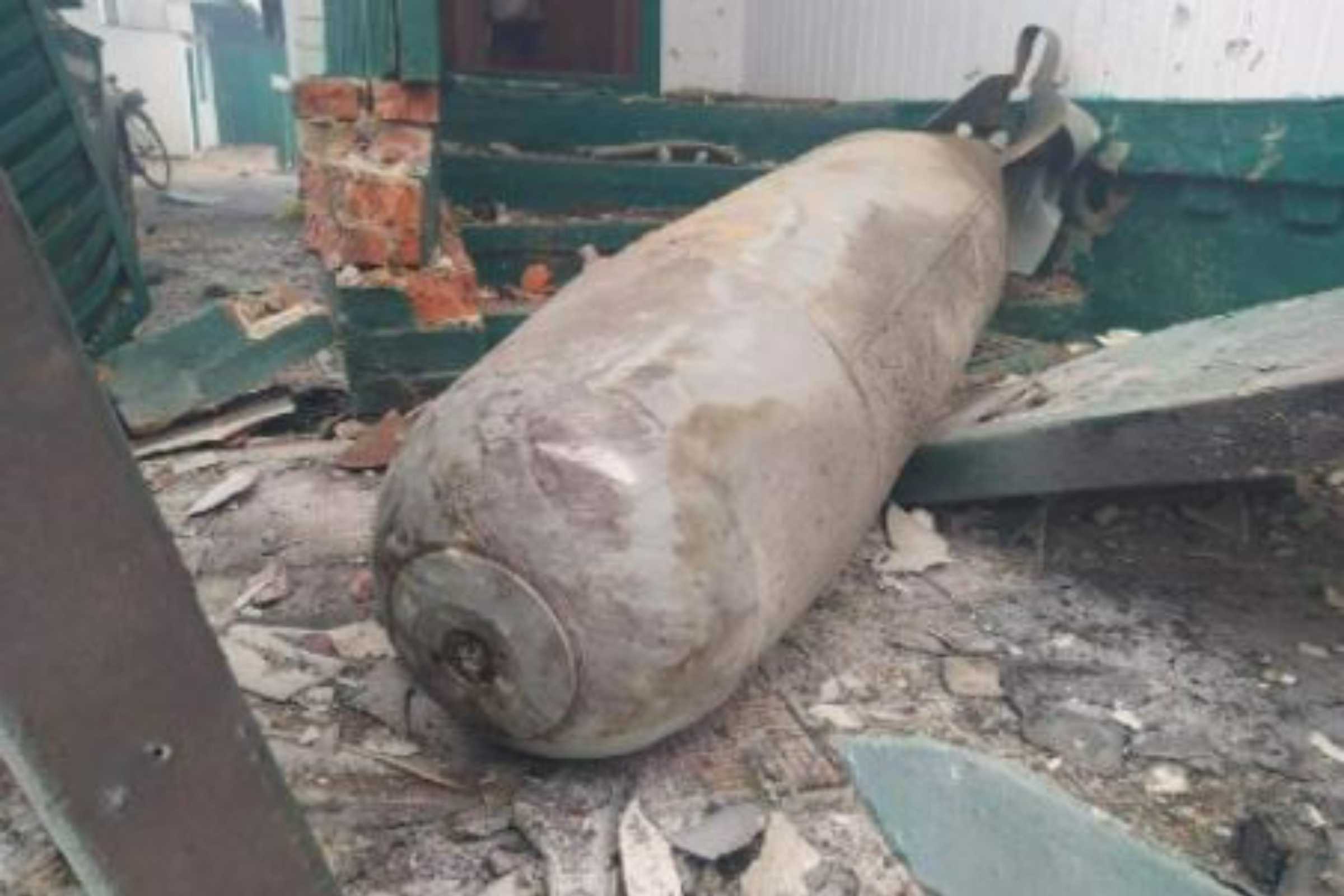 Ukraine’s foreign minister shared a photo of a “horrific” unexploded 500-kilogram bomb, which he said was to be dropped on a residential area.

Dmytro Kuleba posted the tweet on Sunday, showing the explosive on the ground amid rubble.

In his post, liked more than 30,000 times, he claims that the photo was taken in Chernihiv, a city in northern Ukraine, not far from the Russian border.

He said: “This horrible 500 kg Russian bomb fell on a residential building in Chernihiv and did not explode.

“Many others have done it, killing innocent men, women and children. Help us protect our people from Russian barbarians! Help us close the skies.

“Provide us with fighter jets. Do something!”

Parts of the city were reduced to rubble following Russian airstrikes, with the death toll at 47, Reuters reported.

Regional authorities raised the figure to 33, following shelling in the residential area on Thursday, he said.

Photos and videos taken by those on the ground show streets covered in debris and rubble as buildings burned, while some were destroyed or partially collapsed after being bombed.

The photo of the bomb appears to have been originally shared on Telegram, by Vyacheslav Chaus, whose account is described as: “Official Channel of the Chernihiv Regional Administration”.

Chaus’ post on Saturday has been viewed nearly 500,000 times, as he further explains the bomb’s supposed origin, claiming they are FAB-500 bombs.

Translated into English, his message said“The Russian Federation is committing crimes against humanity by bombing residential areas of Chernihiv.

“Unable to overcome the resistance of Ukrainian troops, the Russian aggression army has committed terrorist acts against the Ukrainian people in recent days.

“For three consecutive days, he carried out airstrikes on the city’s residential areas and social amenities.

“Such weapons are usually used against military-industrial installations and fortifications. And in Chernihiv – against residential areas.

“Three unexploded bombs of this type were found today at the crash site of a Russian Su-34 fighter-bomber shot down near Chernihiv by air defense fighters this morning.”

Other photos on social media, including a UNIAN post on Telegram, viewed over 300,000 times, and Reddit, appear to show different angles of the same bombshell, as well as another referenced in the posts.

According to the Russian Defense Export website, Roe.ruthe FAB-500 M-62 is classified as a “high-explosive bomb”, with the TNT explosive equivalent of 300.

Ukraine’s State Emergency Service (SES) shared a post on Saturday claiming to show the remains of a Su-34 craft, which they say was shot down over the city.

Translated into English, it says: “On March 5, at around 12:40 p.m., an enemy plane was shot down over Chernihiv, causing it to crash near the private sector.

“The information is being clarified. 2 people were rescued. 23 people and 4 units were involved from the SES. technical.”

Supposed images of the accident, on The Washington Postappeared to show two parachutes, believed to be the pilots ejecting from the plane.

The Facebook page of the General Staff of the Armed Forces of Ukraine, sharing a message from the “North” operational command, uploaded images around 11 a.m. Saturday, claiming to show one of the two pilots.

Alongside a video of an injured man, translated into English, the caption reads: “One of the pilots of the Su-34 attacker was captured. He was catapulted after an aircraft was hit by air force experts who protected Chernihiv from the occupier. .

“He tried to escape but got caught. Not to save his life, but for the international tribunal for all the crimes his country has committed against Ukraine and its people. To all women, all the children, all the men whose lives they took.”

While another post, showing the same man, translated into English reads: “These two will never drop another storm bomb on civilians again.

“The Chernihiv sky defenders are watching us and doing their best to keep us all intact and unscathed.

“Believe in your defenders! Each of them is doing their job selflessly and for the good of you and Ukraine.

“PS One of the otčikív was taken prisoner for the court in The Hague. With him all the evidence of their crimes against the Ukrainian people!!!

“To understand: they bombarded Chernihiv with FA-500 aerial bombs, 500 is the weight of the bomb in pounds!!!! Half a ton of trotil for a peaceful city!”

It is not the first Su-34 that Ukraine claims to have shot down, with a Facebook post from the General Staff of the Ukrainian Armed Forces, citing the joint forces operation, indicating on Thursday that another craft had been shot.

Translated into English, it read: “Less one Just now, the air defense unit of the United Forces in the area of ​​​​the VOLNOVAKHA settlement was shot down by a Russian SU-34 fighter-bomber.

“The pilots of this plane carried out barbaric bombardments on the civilians and the infrastructure of the city.”

According Janes, the Russian Sukhoi Su-34, also known as “Fullback”, was first spotted in Ukrainian skies on February 28.

The site noted: “The Su-34 is a long-range attack aircraft, which was designed to replace the Soviet-era Su-24 ‘Fencer’ in service with the Russian Aerospace Forces (VKS). According to Janes Global Air Forcethe VKS has at least 125 Su-34s currently in service…”

Whereas Forbes cited the “heavy” aircraft as being “faster, more capable in air-to-air combat and able to carry a heavier payload of 13 tons on long endurance missions”.