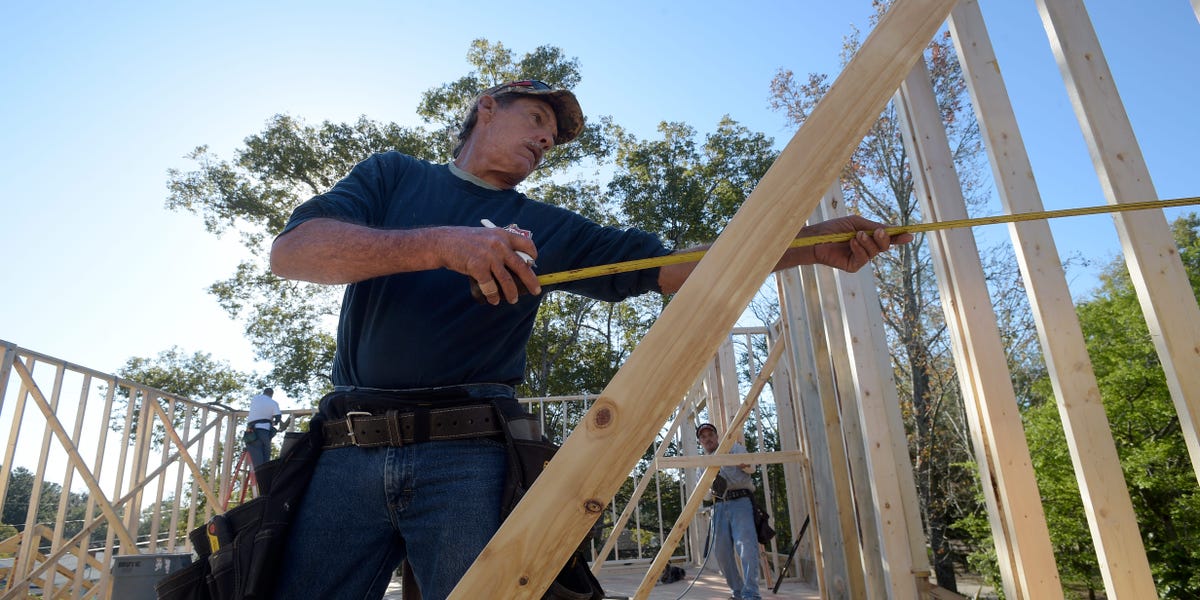 Home construction in May drops 14%, the market does not improve

Homebuilders are slowing their turnover — and that means it will be even harder for Americans to find affordable homes.

U.S. housing starts fell in May to a seasonally-adjusted annual rate of 1.55 million units, the Commerce Department said Thursday morning. Economists polled by Bloomberg had expected housing starts to decline slightly to a pace of 1.7 million units. Down for the second month in a row, the decline is attributed to rising inflation and soaring mortgage rates that weighed on consumer confidence. Housing starts are now proceeding at the slowest pace since April 2021.

In May, single-family construction fell 9.2% from the previous month to the lowest level since August 2020. The category saw annual construction slow to an annual pace of just over one million , but still below the revised April figure.

“Single-family home construction is slowing as the effects of rising interest rates reduce housing affordability,” Jerry Konter, president of the National Association of Home Builders, told Insider. “As the market weakens due to cyclical factors, the long-term housing deficit will persist and continue to frustrate renters and potential buyers.”

Building permits – considered a predictor of housing construction – also slowed, hitting an annual rate of 1.70 million in May. That was down 7% from April’s revised rate of 1.82 million and below the median forecast of 1.79 million permits.

“Homebuilders have given up on getting permits and starting construction in May. This is not a hopeful sign for a country with a housing shortage,” said Holden Lewis, mortgage expert at NerdWallet, to Insider. “The number of homes being built is at its highest level since the 1970s, in part because builders aren’t getting their hands on materials to finish homes.”

Thursday’s report offers little comfort to Americans hoping the housing market will cool. Overwhelming demand and historically low supply have driven prices up throughout the pandemic. The national backlog of potential buyers continued to swell as others waited for a better time to buy. The slowdown in construction in May signals that contractors are still reluctant to meet demand and may be slowing turnover to protect future profits.

As housing construction tumbled in May, the median home listing price jumped 14.8% to $430,621, according to Redfin. In the rental market, rents hit a record high of $2,002, up 15% from the same period in 2021. May readings are a reminder that whether you rent or buy, housing affordability is always of concern.

“More people are choosing to live alone and rising mortgage interest rates are forcing potential buyers to keep renting,” Taylor Marr, deputy chief economist at Redfin, said in a statement. “These are among the pressures on the demand side that are keeping rents at exorbitant levels.”