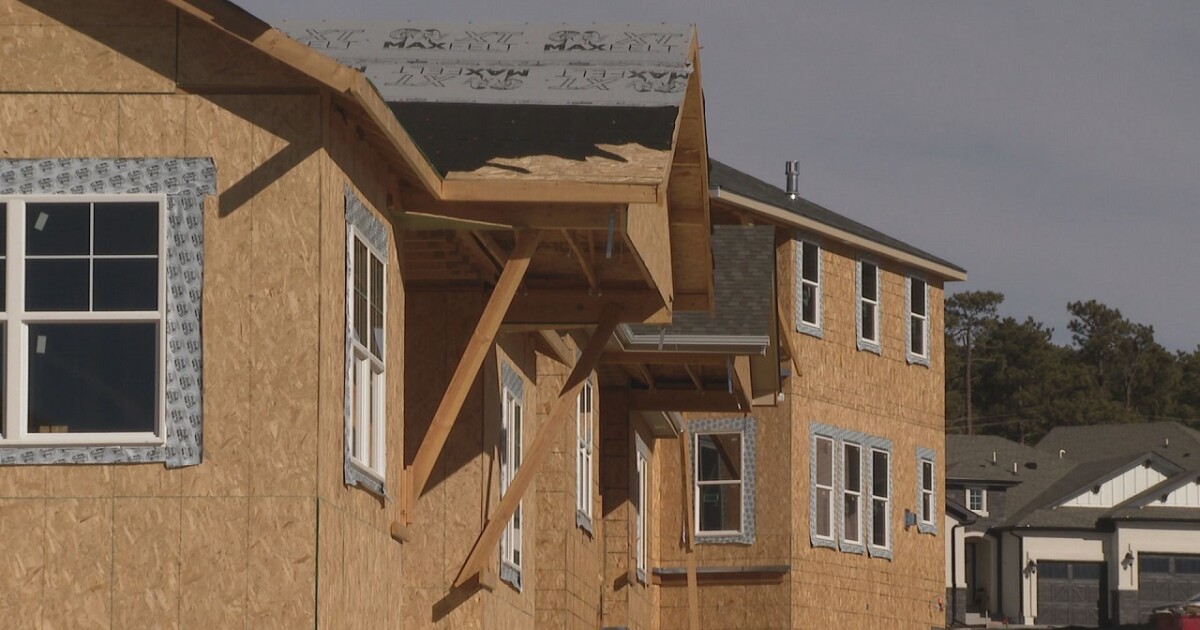 COLORADO SPRINGS, Colorado – The construction boom in the Pikes Peak area broke records in 2021 with thousands of new homes built in the past 12 months. The Pikes Peak Regional Building Department has issued permits for construction projects worth $4.3 billion, and there’s no sign of that trend slowing in the new year.

More than 5,000 new addresses were added to city and county maps as single-family homes in 2021. Public information officer Greg Dingrando said residential construction only tells half the story of the boom.

“We’ve really seen a big explosion on the business side, especially when it comes to apartments,” he said. “We’ve authorized almost 4,000 units in one year, that’s just unprecedented and the busiest year we’ve ever had.”

Dingrando hopes the nearly 9,000 new homes will relieve market pressures that have driven up housing prices in our communities.

“A lot of people are desperate for housing there and obviously those permits lead to projects and once they’re done it’s going to really help the market,” he said.

The Pikes Peak Association of Realtors reported in December that the median home price in Colorado Springs had risen to $450,000. That’s an 18% increase from December 2020.

And housing is just one sector that has been impacted by all the construction activity. By mid-October, it was already clear that municipal sales tax collections would eclipse their budget projections by more than $26 million.

The Colorado Springs City Council prepared for the new year in anticipation of a refund to citizens.

“That’s way above our TABOR limit, our growth rate, and so we have to set aside a good chunk of it for our TABOR reimbursement,” city chief financial officer Charae McDaniel told the council during a briefing. a budget work session on October 18.

The final 2021 sales tax numbers won’t be counted until around April. In the meantime, the Council has asked voters to set aside some of the TABOR surpluses to help improve wildfire preparedness in the community.

Ballot Issue 2D approval will allow the city to retain up to $20 million in TABOR overruns to create and fund a citywide regional wildfire mitigation and prevention program that will be managed by the Colorado Springs Fire Department.

Any additional overages will be reimbursed to citizens on their monthly Colorado Springs Utilities bills.