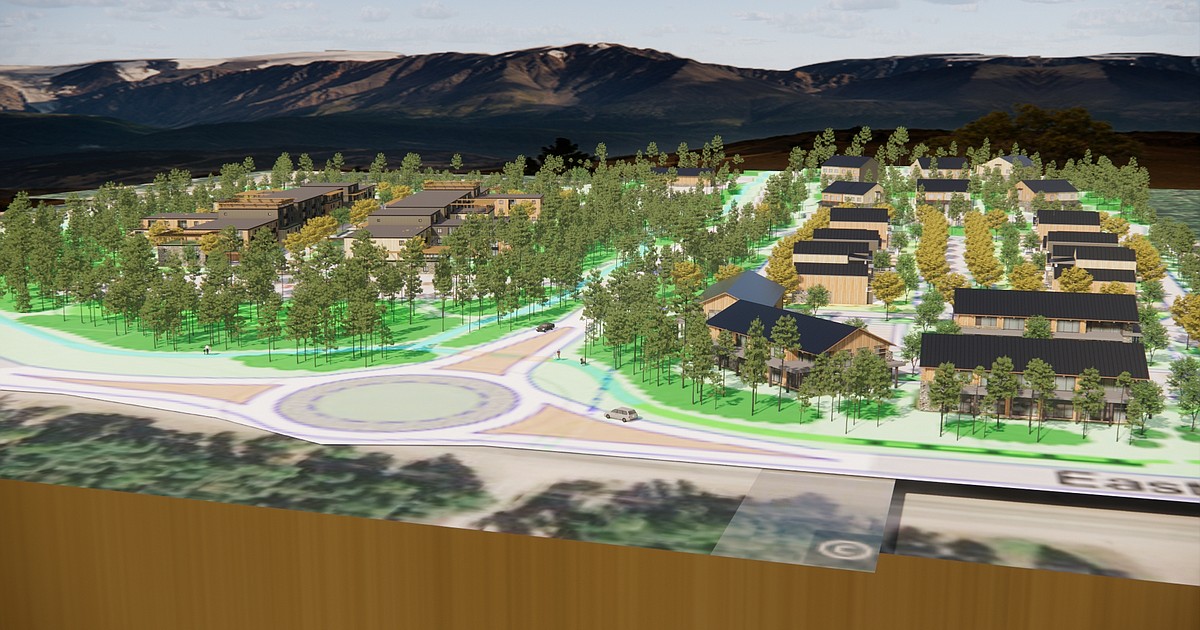 Hearings Thursday for a large housing project in Whitefish

One of the largest housing projects ever in Whitefish, along with an accompanying commercial development application – all at the base of Big Mountain – is the subject of two public hearings Thursday before the Whitefish Planning Board .

Arim Mountain Gateway LLC is requesting a planned unit development to develop the mixed residential and commercial project with a total of 318 residential units, including 270 apartments, 24 townhouses and 24 condominiums north of the intersection of East Lakeshore Drive and Big Mountain Road. The project includes three county lots that would be annexed to the city if the project is approved.

A planned unit development, or PUD, is a planning mechanism that allows developers to allow more flexibility in the configuration of buildings or uses on a property than is allowed in standard zoning ordinances. In this case, Arim Mountain Gateway is requesting a planned residential unit development on 32.7 acres on the north side of the Big Mountain Road intersection with East Lakeshore Drive.

A residential PUD allows all types of housing, including multi-family, single-family and two-family dwellings, as well as a combination of attached and detached townhouses, apartments or condos, according to the Whitefish Planning Office staff report.

The PUD app is also asking for a zoning gap for height that would give the developer the flexibility to build up to four stories for parts of multi-family buildings. In this case, Arim Mountain Gateway is offering to voluntarily participate in the city’s Legacy Homes program and in doing so is eligible for certain incentives such as height variation, the staff report notes.

The developer proposes to provide 32 restricted affordable rental units per deed, or 10% of the project, through the Legacy Homes program.

In return for the zoning deviation, the developer is offering other community benefits, including the city’s 1.5 acre allotment for a future fire hall and a separate bike path along the west side of Big Mountain Road. And in the streetscape, the project includes a location for a NEIGE bus stop and a proposed roundabout at the intersection. However, since Big Mountain Road is a secondary state road, the Montana Department of Transportation would ultimately decide what type of traffic device would be installed at the intersection.

PLANNING Council will first hold a public hearing on the residential PUD application, then a second hearing will focus on the developer’s application for a conditional zone amendment that would change Whitefish’s zoning map from residential zoning for two commercial zoned families of district.

Conditional zoning allows a developer to rezone a property in a mixed zone offering restrictions on development requirements and future uses in exchange for an allowance for certain additional uses, the staff report says.

Will MacDonald, one of the developers behind the project, told the Daily Inter Lake earlier that the commercial space will include a small grocery store and potentially a daycare center.

The developers held public meetings on the project in August, with neighbors expressing concerns about traffic, housing density, the scale of the overall development and the impact on the water quality of Whitefish Lake. near. Since then, public opposition to the project has grown, with around 300 letters sent to the city. Almost everyone who has commented is opposed to the project.

MacDonald stressed that the entire development would help resolve the city’s housing crisis. None of the new housing units would be used as short-term rentals, and the condos could be an economic stepping stone for first-time homebuyers, he told Inter Lake.

â€œThe whole connection to this development was trying to take part of the housing problem out,â€ MacDonald said in a previous interview. “We want to create a kind of live work and play environment.”

The land is owned by Joe Gregory, who also owns the Krummholz Lodge, a gated vacation resort on Whitefish Lake. Gregory sought to build a complex and residential development on the Big Mountain Road property in 2017, but those plans never received city approval.

Other developers involved in the project include James Barnett, Craig Denman of Denman Construction, and Sean Averill of Averill Hospitality, which owns The Lodge at Whitefish Lake and the downtown Firebrand Hotel.

The project is also supported by Matthew Fritter of American Residential Investment Management, which owns the new Silverbrook Estates in Kalispell, according to MacDonald.

IN OTHER business, the Planning Council will hold a public hearing on a request by the City of Whitefish for zoning text changes that describe where marijuana can be sold when sales become legal on January 1, 2022. The city currently has a ban on city-wide storefront medical marijuana facilities, but with the passage of Citizens’ Initiative I-190 last year, sales of adult-use jars will be legal. The city is updating its standards to put them in place before the new year.

The text changes define zoning districts where various types of marijuana facilities would be licensed, administratively licensed, or conditionally licensed. In general, the sales would be administrative conditional uses in commercial zones WB1, WB2 and WB3, as well as industrial zones of WB4, WI and WBSD, according to the report by staff at the Planning Bureau.

Formula retailing restrictions would apply in Zones WB-1 and WB-3, and manufacturing and testing facilities would be permitted in Industrial Zones and Zone WB-2. Outdoor cultivation would be permitted where agricultural uses are currently permitted.

The Board of Directors will meet at 6:00 p.m. on Thursday, October 21 at City Hall, 418 E. Second St. The meeting will also be available for viewing and commenting via Webex. Instructions are available on the city’s website.

The application, renderings and other documents related to the Mountain Gateway project can be found at cityofwhitefish.org/428/current-land-use-actions.