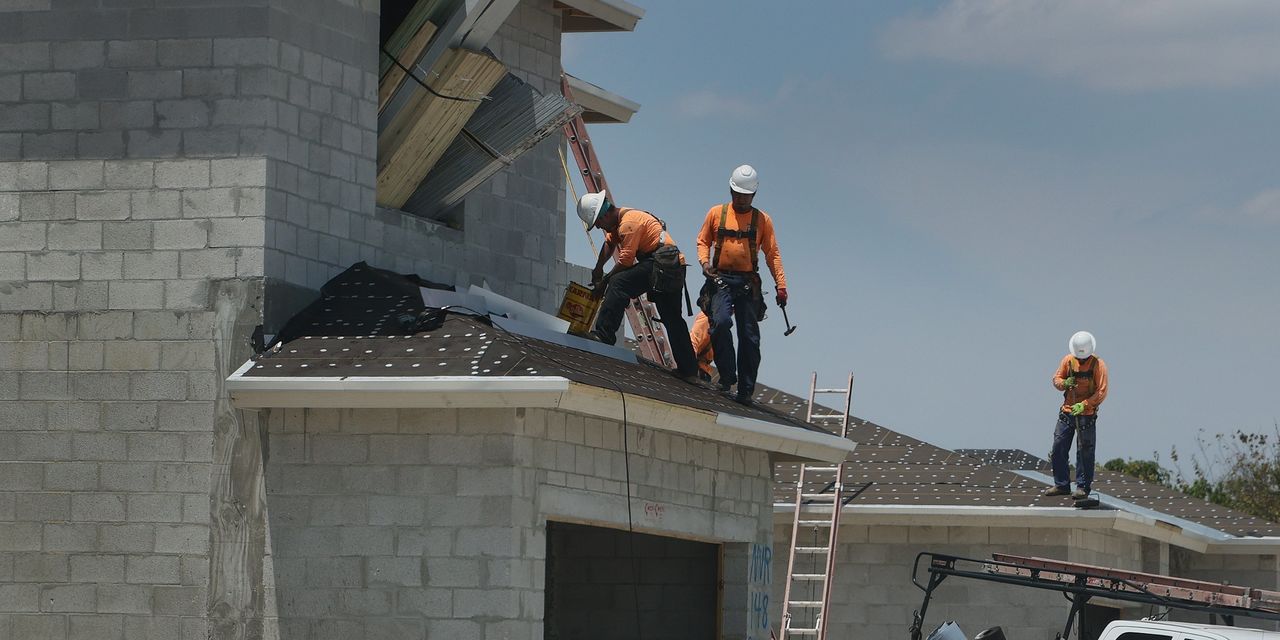 Numbers: Homebuilders in the United States began building homes at a seasonally adjusted annual rate of about 1.7 million in December, an increase of 1% from the previous month, the US Census Bureau reported on Wednesday. . Compared to December 2020, housing starts increased by 2.5%.

Meanwhile, permits for new homes came in at a seasonally adjusted annual rate of 1.87 million, up 9% from November and 6.5% from a year ago.

Key details: The surge in permits was driven by a 112% increase in the number of housing structures permitted in the North East. The Census Bureau explained the anomaly in a special notice with the housing starts report: Philadelphia introduced multiple property tax changes for residential projects permitted after Dec. 31. Therefore, the developers rushed to get the permits approved before this start. Dated.

However, the Northeast was not the only region to see an increase in building permits. Permit activity also rose nearly 22% in the Midwest on a monthly basis, though it fell in both the South and West.

Most of the increase in permitting activity stems from a series of permits for multi-family buildings and projects with between two and four units. Before seasonal adjustment, the number of multi-family permits issued in December was the highest for any month since 1985. Single-family permits rose only 2% between November and December.

Similarly, the number of single-family homes on which builders have started construction actually fell about 2% on a monthly basis. The overall increase in housing starts was stimulated by a gain of almost 14% in the construction of multi-family projects.

For the year as a whole, however, builders maintained a sustained rate of construction of single-family properties. Before seasonal adjustment, the number of single-family homes completed in 2021 was the highest since 2007.

The big picture: The surge in housing permits in December may be an outlier, but permit activity has remained strong in recent months. This has created a larger backlog of construction projects for homebuilders as construction companies continue to face supply and labor shortages.

Indeed, the number of homes that construction companies have not started work on despite being given permission to start building has increased by 44% compared to a year ago and has increased on a monthly basis. That will give builders plenty of slack to continue construction in 2022, which should infuse the housing market with much-needed inventory.

Investors will soon get even more detailed data on homebuilding activity, providing a richer insight into the state of the housing market. The Census Bureau noted that beginning with the January 2022 housing starts report, it will use a different sampling methodology to produce its findings. The agency said the change “will allow for the release on a monthly basis of comprehensive local and county data on new housing authorized by permits.”

“Multifamily construction, which lagged notably at the start of the pandemic, is now the main driver of strength,” Jeffries chief economist Aneta Markowska and money market economist Thomas Simons wrote in a note. of research. “This is likely a response to soaring rents and ultra-low rental vacancy rates.”

“New home inventory is now more than three times higher, relative to sales, than existing home inventory, the largest gap ever, by far. This position is likely to persist for several more months, at least, but homebuilders will also be watching closely how people react to rising mortgage rates; a further increase in new home construction at this stage looks risky to us,” said Ian Shepherdson, Chief Economist at Pantheon Macroeconomics.

edged higher in Wednesday morning trading as investors sifted through the latest batch of bank profits. Stocks have fallen in recent days as the Federal Reserve is expected to raise interest rates soon.

— were a mixed bag on Wednesday morning. Those stocks fell on Tuesday after the latest edition of the National Association of Home Builders‘ Confidence Index reported waning optimism in the construction sector.

2022-01-19
Previous Post: New home building activity is on the rise, amid a surge in building permits and forget about dogs and cats – hamsters are fast becoming the “it” pet
Next Post: The residential area of ​​the city of Laois will share parking lots with buyers