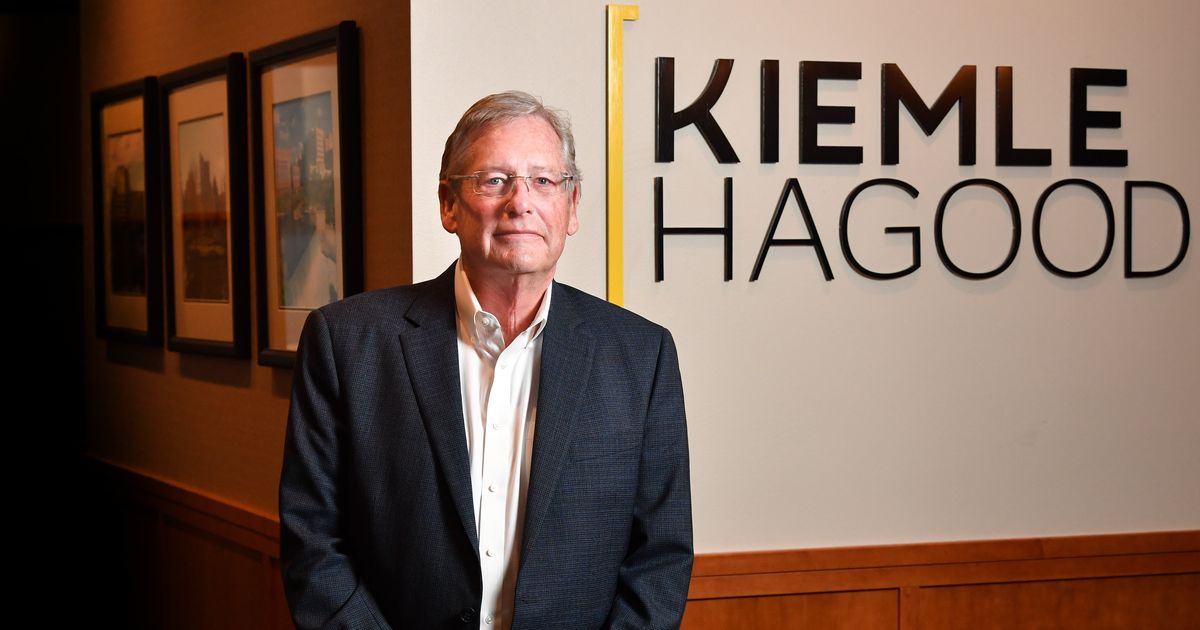 Kiemle Hagood Co-Owner and Chairman of the Board, Tom Quigley, has built a community throughout his 46-year career in commercial real estate.

Quigley was hired as a commercial real estate salesperson for Kiemle Hagood in 1975, became director of the firm’s brokerage division in 1980, co-owner in 1987, and was president and CEO of the firm from 2001 to 2013.

The company is one of the largest property management and commercial real estate companies in Spokane. Its portfolio consists of more than 8 million square feet of office, retail, medical, industrial and general commercial space, including 1,400 apartment units.

Quigley will sell his property in Kiemle Hagood and retire from the company effective January 1.

â€œI have been blessed. I have been very, very lucky for a long time to be able to work with the people I work with, â€he said. â€œThat’s what it comes down to. It’s all about people.

His grandfather, Jack, founded Spokane Neon Sign Co. in the 1930s and then passed the business on to Quigley’s father, Glenn.

Quigley, who worked in the store sweeping floors and maintaining signs as a child, was the next to take over ownership of the family business.

â€œI had never really worked anywhere else and was planning to take it back and see what we could do with it,â€ he said. “But I got home from school and after several months my dad got an unsolicited offer to buy the business.”

Quigley said the takeover of the business, however, was not as good as he initially expected, and he supported his father’s choice to sell the sign business in August 1975.

â€œI have a service-oriented personality and knew that at some point I was going to want a leadership role wherever I landed – that my vision for myself would likely involve owning a business one way or another, â€he said.

As Quigley explored a career path, he met for lunch his then-girlfriend and now Kelly’s father, Ed Kiemle, who co-founded Kiemle Hagood with Jerry Hagood in 1971.

This lunch led to a meeting with Hagood.

â€œJerry offered me a job as a 23-year-old selling commercial real estate, so I got down to business,â€ Quigley said, adding that his first transaction was an apartment building. five units near Maple Street and Ninth Avenue.

In 1980, he was promoted to director of the firm’s brokerage division, which oversees the sale and rental of office, industrial, investment, retail, multi-family and general business properties.

â€œI set out to find the best and most respected licensees in the business with the mentality that it was going to take time to get it right,â€ he said.

Quigley became the owner of the company in 1987. After the retirement of Kiemle in 1990 and Hagood in 2000, Quigley, Larry Soehren and Jeff Johnson acquired the remaining stake in the company. Johnson then left the company and Gordon Hester, the current chairman and CEO of Kiemle Hagood, became the third owner in 2007, according to documents from the Washington secretary of state.

â€œIt’s a company that I’ve enjoyed for 46 years, I find it interesting – because I don’t think it happens anymore – to have found something that you are passionate about,â€ Quigley said. â€œI believe in the importance of providing a quality level of service in an organization that had a culture and a desire to do things right. “

Kiemle Hagood has more than 180 employees in its five offices in Washington, Idaho and Montana.

â€œWe’ve gone from being sort of a local commercial real estate service provider in Spokane to being a bit more regional,â€ Quigley said. â€œI am very proud of the work accomplished by my partners to initiate this growth.

Quigley, who also helped Kiemle Hagood grow, was part of a team that partnered with Washington Water Power – now Avista Corp. – to recruit Boeing in the West Plains.

“It was a really exciting day, frankly, to see how much power they might need, what a transaction should look like and how could we make sure we solidify the opportunity to have Boeing’s presence in Spokane,” he said. Quigley said. â€œThat night we wrote an offer on land that became the (Boeing) site near the airport.â€

In 1990, Boeing Co. opened the plant at 1514 S. Flint Road and produced a variety of composite and thermoplastic aircraft parts. The aerospace giant sold the building to Triumph Composite Systems Inc. in 2003.

Spokane-based private equity firm Lakeside Capital Group bought the building from Triumph earlier this year and is redeveloping it to attract industrial tenants.

Quigley said there have been many challenges for the real estate industry over the years.

â€œA lot of them happened somehow outside of our control. In the late 1970s and early 1980s, interest rates exploded. They were 18-20%, â€Quigley said. â€œYou couldn’t sell real estate if you tried to buy it yourself. It was very difficult.

â€œBut we’re very proud of the fact that throughout the Great Recession, we never laid off a single person. Not one. In fact, we’ve actually increased by several, â€Quigley said. â€œSo in our case, we made some tough decisions to deal with the business challenges, but we did it with the enormous responsibility we feel for our 180 employees in mind. “

Civic service is important to Quigley, who has served on several public and community boards throughout his career.

He has held various committee positions with WSU and has served on the boards of Greater Spokane Incorporated, the Spokane Area Economic Development Council, Big Brothers & Sisters of Spokane County and many others.

“It’s the ‘Are you ready to give back’ mentality? â€œI think one person in a city like this can make a difference,â€ he said. “And as a result of that, we should make an effort.”

Quigley is looking forward to spending time with his family and traveling with his wife following his retirement from Kiemle Hagood.

He has been a frequent traveler since traveling to Europe at the age of 17 through the People to People Student Ambassador Program. So far he has visited 40 countries.

â€œI just had a desire to travel and such a pleasure to travel and explore new things. I don’t mind getting off a plane in a place I’ve never been to before, â€he said. “Frankly, there are still parts of this country that I haven’t seen muchâ€¦ there is no doubt that Kelly and I will continue to travel as much as we can.”

Quigley said he would also remain somewhat involved in real estate as he has investments under the group’s ownership. Kiemle Hagood is developing a mixed-use staged residential project on a 15-acre site on South Hill.

â€œI have a lot of projects that I’m involved in. I’ll probably keep a small office (at Kiemle Hagood’s) for a while, anyway,â€ he said. â€œBut, I’m almost 70 years old. It’s time for a much younger generation to take it to the next level.