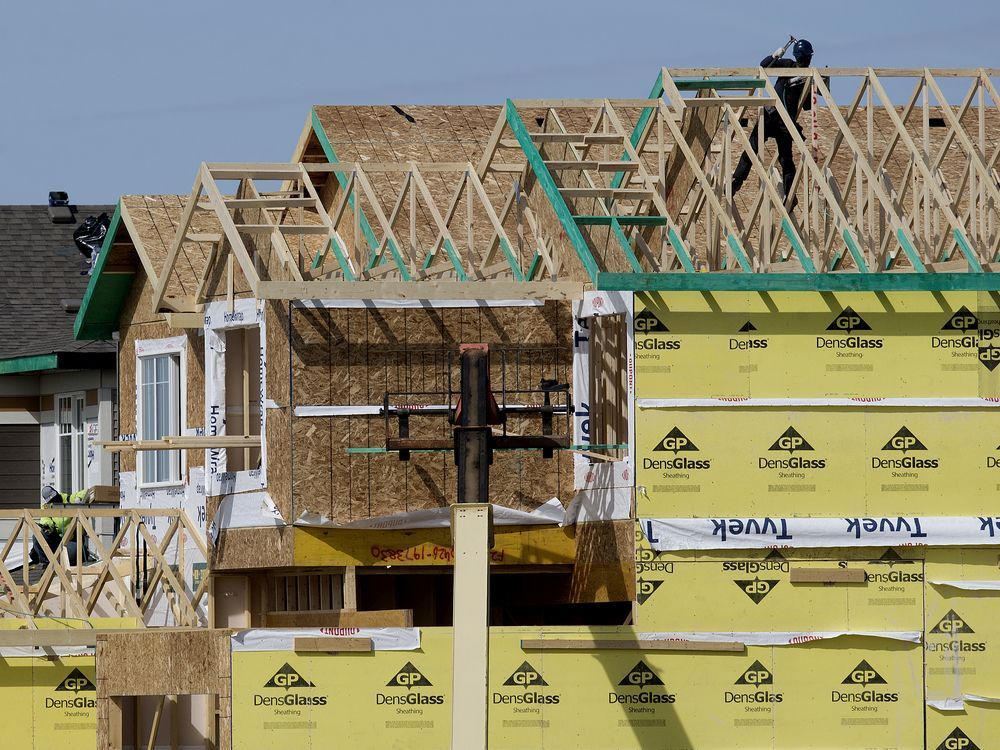 Construction of new homes adds another $8.2 million to Edmonton coffers

New construction and rising property values ​​in Edmonton last year will add $8.2 million more than expected to the city’s coffers.

“Low interest rates, growing demand for more space and, to some extent, a slower supply response in the existing housing market have contributed to much stronger than expected residential construction,” Mutheardy said.

Zoning changes, new construction, and lot splitting are all part of assessment growth, which is separate from market forces like supply and demand.

While housing demand is expected to remain strong this year, other factors mean construction could slow, Mutheardy said.

“Interest rates are rising. The cost of construction has also increased, accelerating beyond what we have seen historically, and supply chain disruptions are still affecting the availability of delivery of certain materials needed for construction,” a- she declared. “We believe the pace of construction will be negatively affected, at least in the short term.”

A by-law to finalize the rate will be presented to council later this month. Tax notices will be mailed to owners on May 24. Payment is due June 30.

Transit funds of $66.9 million from the provincial and federal governments are also helping the city make up for money lost with lower ridership last year amid the COVID-19 pandemic.

Mayor Amarjeet Sohi said without the money — and despite it being $13 million less than requested — Edmonton would have had to cut bus and LRT services by the end of the year.

“We wouldn’t have been able to provide public transit at the levels we are doing now because we didn’t have the money,” he told media outside the council chamber. “With this money, we will be able to continue our transit system and operations and allow more people to come back into the system.”

The council is also considering other ways for the city to raise funds for transit, such as parking fees or receiving a portion of the provincial fuel tax.

Meanwhile, the city voted on Tuesday to give women’s shelters a one-time boost of $880,000 using funds originally set aside to boost the police budget.

About half of the funding will go towards nursing costs. The rest will help people who are precariously housed due to their immigration status, as well as mental health and cultural supports, according to a staff report.

Com. Jo-Anne Wright said domestic violence impacts society as a whole and is not just a women’s issue.

“Shelters continue to be a safe haven for those fleeing domestic violence and help transform not only the lives of those they serve, but the community itself,” she told the council.

Wright was surprised to see that in many cases children are brought to these shelters in Edmonton.

“Including it in the comprehensive affordable housing strategy provides families with an alternative for those living in abusive relationships. I think we need to continue to advocate with the provincial government, and also (on) an ad hoc basis, support the needs of these shelters.

Councilors also voted to award $850,000 to the Edmonton Fire Services to conduct a year-and-a-half pilot project with the Community Property Security Team on Tuesday. Firefighters have already started cracking down on abandoned buildings creating fire hazards.

The city is also now allocating $915,000 to step up efforts to address so-called “problem properties” creating nuisance and safety issues for neighborhoods, including the people who live there. Last year, another 251 vacant and abandoned properties were added to the city’s list.

For more than a century, the Edmonton Journal has brought reliable, award-winning local news to the community, while the National Post offers comprehensive reporting from across the country and around the world, all with a distinctly Canadian voice.

Sign up to receive daily news from the Edmonton Journal, a division of Postmedia Network Inc.

Thank you for your registration!

A welcome email is on its way. If you don’t see it, please check your spam folder.

The next issue of Edmonton Journal Headline News will soon be in your inbox.

We encountered a problem during your registration. Try Again