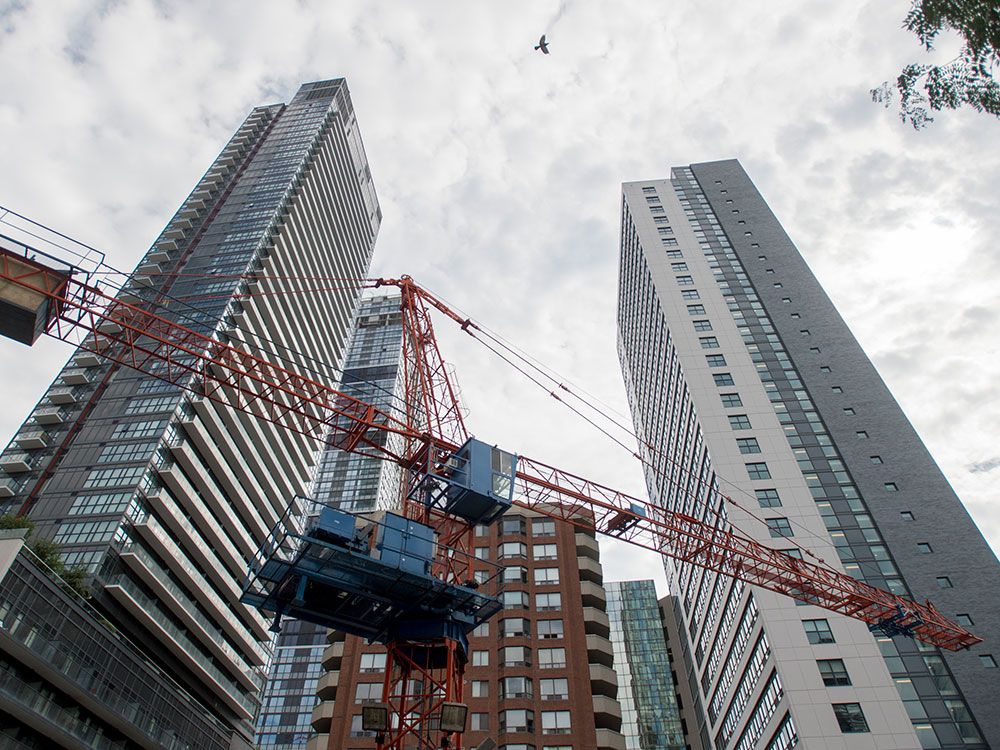 Metropolitan areas across Canada saw a 5% decline in housing starts in the first half of 2022 as construction costs soared and concerns about supply and affordability dominated the debate.

The Canada Mortgage and Housing Corporation’s semi-annual Housing Supply Report attributed the decline largely to a 9 per cent drop in apartment starts (including condominiums), which accounted for nearly two-thirds of all housing starts in census metropolitan areas (CMAs). since January 2022.

Sign up to receive the best daily stories from the Financial Post, a division of Postmedia Network Inc.

Thank you for your registration!

A welcome email is on its way. If you don’t see it, please check your spam folder.

The next issue of Financial Post Top Stories will soon be in your inbox.

We encountered a problem during your registration. Try Again

The slowdown, which follows strong growth in 2021, has not been felt equally across the country, with Edmonton, Calgary and Toronto seeing an uptick in housing starts and Vancouver, Ottawa and Montreal recording increases. drops.

Increases in construction costs were widespread, but also varied by market.

“Depending on the CMA, the cost of constructing a residential building increased by 15% to 25% compared to the same quarter of the previous year,” the report said. Some centers have even experienced successive increases of around 30% compared to previous quarters.

Rising costs can complicate efforts to improve affordability, the agency said, because they end up being reflected in the cost of units coming to market and in rents charged by landlords.

“This lack of predictability or cost control can reduce the number of housing starts or the rate at which new homes come to market,” CMHC noted.

Eric Bond, senior specialist and economist at CMHC in Vancouver, said rising rents were a problem in BC markets.

“There is rent control for existing tenants in British Columbia, but if this tenant were to move to new construction, they would face a significant change in their housing expenses because they will, of course, be paying the rent. market,” Bond said in an interview.

In Toronto, the cost of building towers, which are generally cheaper than low-density buildings, has accelerated, the agency said.

Home prices have risen sharply in many parts of the country in recent years, and interest rate hikes by the Bank of Canada have made home ownership more difficult. Even condominiums have become more inaccessible in terms of cost.

The environment spurred the construction of rental units, a category that has seen steady growth in housing starts across the country.

In June, CMHC concluded that the country would need to build 3.5 million new homes by 2030 to reduce its shortfall and improve affordability. Canada produces on average only 200,000 to 300,000 new units per year.

CMHC said the impact of these challenges will mostly be felt on units currently under construction and will affect the cost and time of construction.

“I think we should all be worried about affordability,” Senagama said.

“I don’t think there are many options if you’re looking to get into property or even rental for that matter right now. The concept is prohibitively expensive for many, so affordability is a key factor.

Housing starts data for September that was released separately on Tuesday was a bright spot.