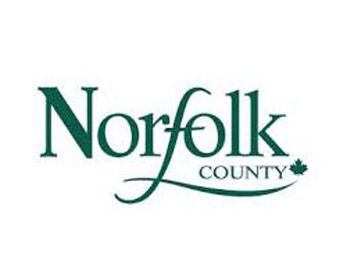 An application for permission from a cannabis store on the ground floor of a residential building near Simcoe town center hit a snag at a meeting of Norfolk County Council this week, but was eventually been approved.

Councilors Ian Rabbitts and Mike Columbus said they could not support the proposed store, which is not automatically allowed in a mixed-use area. They said residents were largely against the proposal, adding that cannabis stores would be better located downtown, where many properties are currently vacant.

“It puts us on a slippery slope,” Rabbitts said during the meeting.

“I could see cannabis spread into residential neighborhoods and see that happen again if we don’t engage in secondary planning.”

But Sloan noted that the Cannabis Act does not allow municipal planners to distinguish cannabis retail from other retail operations.

“It is a commercial/residential area…so it could be considered suitable and compatible. It aligns with our official policy framework, so we recommend it for approval.

In a report to council, staff noted that the municipality cannot force retail stores to operate only in the town centre.

“Many other commercial businesses are currently permitted on the property, including a convenience store,” the staff report said. “The staff therefore recommend approval.”

Council heard that neighbors have welcomed the ongoing work on the building at 6 Victoria Street, which has been significantly improved by owner Nathan Kew, who submitted the application for the cannabis store.

But one group, led by Robert Kennaley, has previously told councilors they need to carefully assess what is allowed in mixed residential and commercial areas.

The board elected to accept staff’s recommendation to authorize the workshop.

“I sympathize with the neighbors,” Rabbitts said Wednesday. “Honestly, I didn’t think it was a good choice for the community.”

The councilor said he expects neighbors to appeal the council’s decision.

Rabbitts said he respects the views of his colleagues.

“You don’t always win them all.”