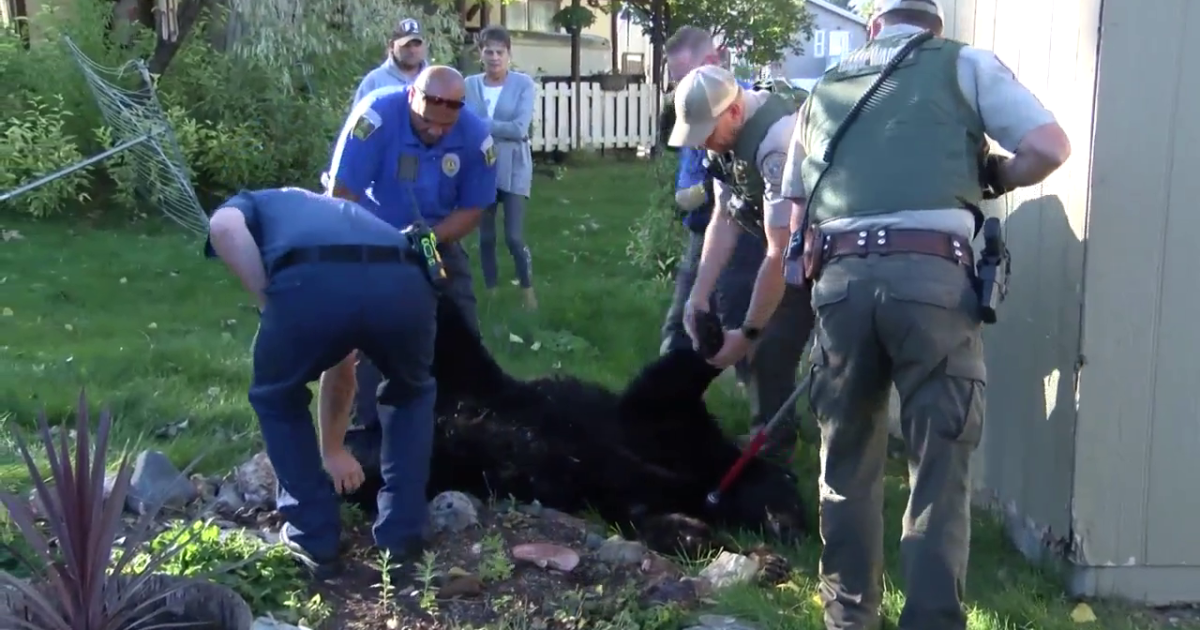 It happened around 9 a.m. in the McHugh Mobile Home Park on the north side of town. Helena Animal Control responded to the area, where the bear was found in a tree.

Officials tranquilized the bear in the tree for the safety of the surrounding area.

Game warden Justin Hawkaluk told MTN they intend to capture the bear and relocate it. However, the bear did not survive due to the impact of the fall.

The 340-pound male was taken to the Montana Fish, Wildlife, Parks facility on Custer Avenue.

It was the second Helena Valley bear Hawkaluk responded to on Tuesday. Around 3 a.m., he responded to a black bear call in East Helena near East Clark Street. A male black bear was found on the roof of a house in the area. The guards were able to calm the animal and move it.

This is the second bear in recent weeks to be captured within the city limits of Helena; a male black bear has been moved after being captured near Prospect Avenue and the I-15 interchange on 9/11.

FWP encourages anyone living near the interface between urban and wild areas to clean up and secure attractants such as trash and compost heaps.