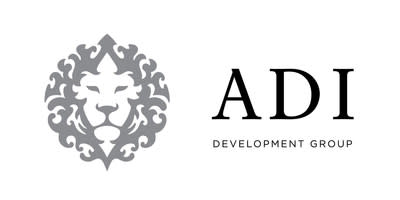 Increased project costs made the subject project unviable without modifications

TORONTO, September 12, 2022 /CNW/ – In response to HCRA’s proposed regulatory action, Adi Developments (Adi) filed an appeal on Thursday, September 8, 2022. The HCRA proposal stems from Adi’s actions to ensure the continued success and completion of his 26-story lakefront condominium project located in Burlington, ON. It seeks to revoke the licenses of eight unrelated Adi entities in addition to that of the sole entity involved in matters relevant to UNHCR’s work.

With rising project costs associated with the pandemic and inflationary pressures totaling $43 million (a 35% increase over the original project budget), Adi was forced to seek additional funding and cancel purchase contracts in order to secure the new funding.

“Rising costs driven by commercial subcontractors, supply chain slowdowns and associated raw material increases forced Adi to make a difficult decision for the project to survive,” Adi said, “but the alternatives, including the failure of the project, would have led to a greater precarious situation for the buyers.We put their interests first as we faced an industry-wide difficult situation that did not was not of our doing.” The UNHCR proposal makes allegations against Adi that are not supported by the facts. Adi’s side of the story in response to the UNHCR proposal is set out in his notice of appeal.

In a show of good faith, and to mitigate the impact on buyers, Adi gave former buyers, who were not interested in the new purchase agreement, 6% interest on their deposits, which that Adi didn’t have to do. For the majority of purchase contract holders who wanted to go ahead, Adi gave them the option to buy back the units at around 20% below market prices and on top of that. $10,000 in decoration dollars if they choose to stay. Adi has always operated with honesty and integrity in the conduct of his business and within the community at large; it is the basis of their success. They have continuously carried out all their activities in accordance with the NHCLAand the ONHWPA and continue to meet all competency requirements. Any suggestion to the contrary is baseless.

Adi consulted with the HCRA about the situation and legally canceled the purchase agreements in accordance with their contractual terms and the regulations established by Tarion offering these purchasers alternative options. At no time did Adi tie the return of the deposits to the resale of the units, as alleged by the HCRA. It shocked Adi that this proposal is the path taken by HCRA with respect to the development of the Lakeshore without notice or discussion and that it includes eight other unrelated projects within the Adi group of companies in the regulatory net.

“We are extremely upset with the process. The proposal released by the HRCA is disappointing to say the least,” said Tariq Adi, Chairman and CEO of Adi Development Group. “We have cooperated fully with UNHCR so far and remain willing and hopeful that despite the appeal, we can reach a speedy resolution of all issues with UNHCR so that we can complete the Lakeshore and other projects. Many builders need advice from HCRA to get through, not to have their licenses taken away, and we feel we have been singled out unfairly.

Adi worked with Lakeshore buyers on deposit returns including interest (as of September 785%, totaling over $9 million, have been fully repaid, with 100% of the deposit balance to be returned by the end of September) and, until UNHCR released its proposal, it focused on completing the project. The suggestion that Adi acted unethically or that she provided incomplete or false information to UNHCR in this process is as ludicrous as it is defamatory.

Adi Development Group Inc. has been operating in the GTHA market for over 15 years and has built over 1200 new housing units. Adi plans to build more than 8,000 homes in the GTHA over the next six years. Adi plans to launch two new projects in the fall.

“Given the current housing shortage in the GTHA, these actions appear arbitrary and occurred entirely without any dialogue,” Adi said. “The provincial government has worked diligently to support efforts to create new housing and meet targets of 1.5 million housing units over the next ten years. With the number of developments we have underway, we are ready to help make these goals a reality.

Adi Development Group has been operating in the GTHA for over 15 years. With over 1,200 units built and approximately 8,000 in total over the next six years, Adi is one of the largest residential condominium development companies in the region. In 2019, the Adi brothers were recipients of from Canada top 40 under 40 award.

2022-09-12
Previous Post: Room planning offer could be thwarted by nursery in residential area | Local News | New
Next Post: Peloton expands rental program across US to provide easier access and flexibility